Cruise your way to an unforgettable European Escape!

Europe is such a rich tapestry of cultures, languages, history and traditions, and a cruise or river cruise is the perfect way to explore her hidden treasures. Cruise along the coastlines of the beautiful Blue Mediterranean with her jewel-like islands dotted here and there. Visit the French chateaux of kings and queens and age-old castles steeped in history, marvel at picturesque countryside’s and the towering snow peaked heights of the Scandinavian fjords, or set your sights on the cities of artistic Florence, sparkling Paris, high-tech London, romance of Venice and oh, so many more.

Experience Europe onboard one of these great cruises and more!* 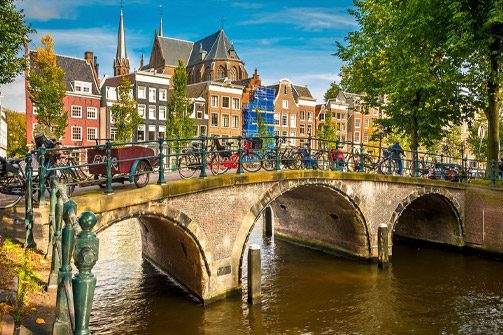 Experience the majestic fjords onboard this breath taking cruise, with stops along the way in Norway’s enchanting towns. Explore the sights of one of Europe’s most colourful, dynamic and historic cities – Amsterdam. Visit the steep-sided fjords and hike through sweeping valleys and meadows surrounding Flaam. Sail through Norway's Sognefjord fjord which is the longest and deepest fjord in the world. Discover the charming capital city of Oslo with a vibrant mix—modern architecture and world-class museums dwell alongside 10th-century Viking history.

Magic of the Mediterranean

Whether you love art, history, natural wonders, fine cuisine, or all of the above, a Mediterranean cruise lets you experience something amazing at every stop. From the history-lined canals of Venice to the sun-soaked playgrounds of the French Riviera to the iconic architecture of Spain, our array of award-winning Europe holidays offer something special for every discerning world traveller.

Combine your Cruise holidays with flights and even nightly stays in stunning cities all over Europe! 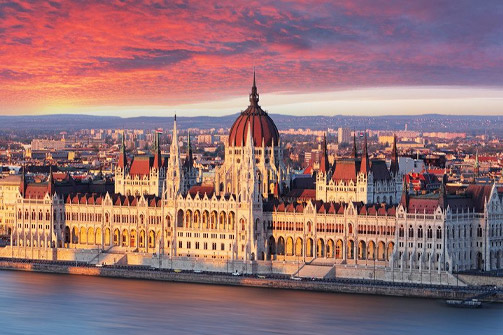 Experience the best of the Middle East and Europe in Dubai, Amsterdam, Cologne, Rhine Gorge, Vienna, Budapest and MORE!

Board a glass-top boat and glide through Amsterdam’s maze of waterways with a local guide before enjoying some free time to explore this lively city. Later travel by coach to Utrecht, via Rembrandt’s Windmill. Learn how the twin spires of Cologne’s famous cathedral, the Kölner Dom, took over six centuries to complete as you cruise into this picturesque city. Explore Nuremberg, the site of Hitler’s now infamous rallies. Wander the cobblestone streets discovering hidden boutiques and artisan stores. Cruise through the Main-Danube Canal, crossing Europe’s Continental Divide thanks to the canal’s 16 stair-step locks. 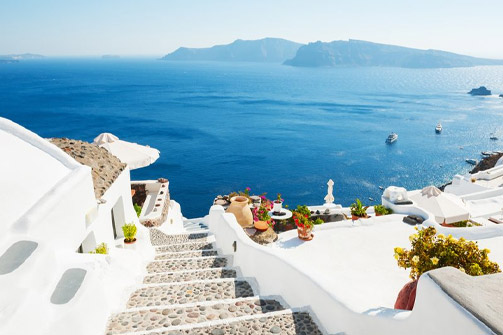 Experience the best of the Mediterranean in Rome, Corfu, Santorini, Mykonos, Naples, and MORE!

The "Eternal City", with its 2,700 years of ancient history, is simply incomparable. Its formidable legacy is rooted in a plethora of masterpieces, including The Sistine Chapel, the Colosseum, the Trevi Fountain, The Roman Forum, the Pantheon, the Spanish Steps, St. Peter's Basilica and Piazza Novana. The southern most Cycladic Island in the Aegean Sea owes its existence to the extraordinary Santorini Volcano. The ancient city at Akrotiri is the most important archaeological site on the island and the most important prehistoric settlement found anywhere in the Eastern Mediterranean.

Your European Escape is just a call away!


Call us now on

and speak to a member of our dedicated team of Holiday Consultants
who are always ready to help you with planning your holiday.


Terms and conditions:
*Cruise: Bookings by RCI Cruise are facilitated through Our Vacation Centre (OVC). Cruises available for purchase by RCI Members only. Prices are per person based on double occupancy and when applicable a valid Deposit or RCI Points contribution is required and exchange fee applies. Cruise Exchange prices are based on the deposit of a resort week or equivalent Deposit/RCI Points towards each cruise, per couple. (RCI member using 7 Trading Power/20,000 RCI Points) Cruise prices include all main meals, On board activities, your accommodation, children's programs and entertainment. For your convenience prices are shown in AU Dollars. However, to bring you the best deals some cruises and offers may be charged in another currency, due to currency of purchase. Prices may change slightly to those indicated due to currency fluctuations. Prices are correct at the time of distribution. Prices are subject to availability and may change without notice. Promotional prices are capacity controlled and are subject to change. All departures are subject to availability at the time of booking. Cruise prices are based on lead-in inside category accommodation unless otherwise stated. Cruise inventory is allocated at the cruise lines' discretion. The price is determined by availability, sailing date, departure city, cabin location, cruise line, ship, length of cruise and itinerary. Itinerary may vary by sailing date. The above cruises are available on the RCI Cruise program at the time of distribution and the supplier has the right to modify, remove, adjust or recalculate the available cruises, their pricing, any fees or cabin levels depicted in this list. All savings depicted are based on full brochure fare. All offers are subject to individual terms and conditions of the relevant service provider. These terms and conditions will vary by provider and are in addition to the standard terms and conditions of Our Vacation Centre.

*Tour: Bookings by RCI Travel are facilitated through Our Vacation Centre (OVC). OVC takes all due care in informing members of the most up to date and correct information and prices are shown as per person unless stated otherwise. Prices advertised include exchange fees per person and are based on twin share and land only unless otherwise stated. Tour Exchange prices are based on the deposit of a resort week or equivalent Deposit/RCI Points towards each tour, per couple. A maximum of 1 resort week (or equivalent Deposit/RCI Points) to be used per member-couple per tour. Single supplement applies for single travellers. All savings depicted are based on full brochure fare. To qualify for Tour Exchange pricing, bookings must be paid in full within 60 Days of confirmations, unless specified sooner by your Travel Consultant. Your booking may be cancelled if the deposit and/or final payment is not received by the required date stipulated by the supplier or OVC and may incur cancellation penalties should this occur. All packages are subject to availability and subject to change at any time without notice due to (but not limited to) currency fluctuations or changes imposed by principals. OVC reserves the right to withdraw packages at any time without notice. Standard OVC booking conditions apply, including cancellation and amendment fees to all bookings. Other supplier terms & conditions may apply - check with your OVC Travel Consultant. Credit card surcharges apply; the amounts displayed exclude any credit card merchant fee surcharges. For credit card payments, a signed credit card authority form will be required upon booking. "From" prices are based on low season travel dates or specific departure dates. Low seasons vary between packages - Please contact OVC for full information.