Just off the coast of the Yucatán Peninsula, this little

THE MELLOW SIDE OF COZUMEL.

Where to find authentic Mexico on this reef-lined Caribbean

Pura vida, or “pure life,” is the state of mind in 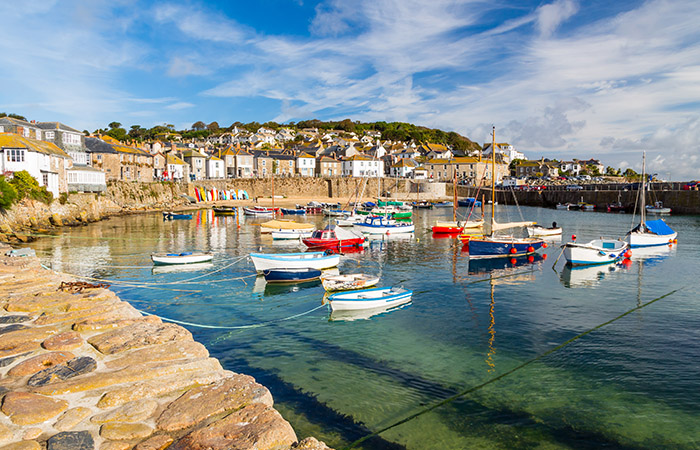 A green and pleasant land, England’s countryside evokes a sense of a bygone era. But this should come as no surprise – the country has a long, rich history echoed in every town and city across its 130,000 square kilometres. Its landscape – from the rolling moors to the Cotswolds and Lake District, has inspired poets and artists over the centuries.

The north of England is home to the country’s last great wilderness. Northumberland National Park is bordered by historic Hadrian’s Wall and its moors are covered in autumn coloured heather, while the Simonside Hills offer some of the country’s most incredible scenery.

From Keswick to Windermere, the Lake District has some of the country’s most inspiring views, with magnificent walks beside expansive lakes. Here divine mountain vistas force you to stay a while and revel in their wonder. You can even take to the hills with some of the best hiking trails in the country.

Head west to Chester and you’ll not only discover some of the oldest ruins in the north, such as the Roman walls and amphitheatre of Chester but also fine examples of black and white Tudor buildings.

The county of Yorkshire is the largest in England where alongside historic cities like York, with its walls and dramatic Minster, it delivers picture perfect villages nestled among the rolling hills and broad dales.

But it’s not just the countryside that attracts visitors to England – it has some of the world’s most vibrant and exciting cities. Take Liverpool – home to The Beatles and the timeless Albert Dock – or Manchester with more than 90 museums, Birmingham with its extensive network of canals, and London, perhaps one of the most famous cities in the world.

The lights of London shine brightest in the city’s West End – an important stop for shoppers and culture lovers alike. Heading south, wind down amidst the quaint towns and villages of Sussex and Somerset, or enjoy the temperate climate and sunny days by the beach in Devon and Cornwall.

With two coastlines Devon welcomes holidaymakers to its sunny shores and village tea shops for ever popular cream teas. The county has a magnificent selection of historic houses such as restored Tudor mansion Mount Edgcumbe and quirky A La Ronde, a 16-sided 18th century house.

In Cornwall the sea turns turquoise, the sand is white and you’re treated to 12 Areas of Outstanding Natural Beauty, criss-crossed by the spectacular South West coastal path. Here you’ll find miles of walking, from gentle strolls to challenging hikes.