From ancient civilizations to modern marvels, our world is home to countless protected places of historical significance. The United Nations Educational, Scientific and Cultural Organization (UNESCO) deems this list of world heritage sites to have “outstanding universal value.”

To add a bucket list-worthy dose of culture to your next vacation with RCI, explore the top 10 UNESCO World Heritage Sites below. 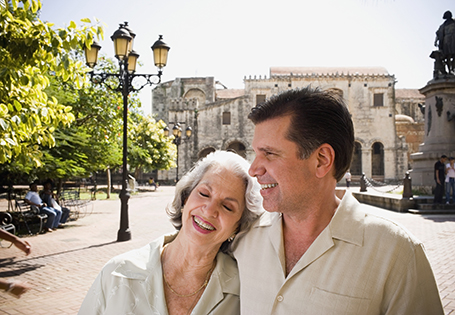 Built in the fifth century B.C. in the ancient monumental complex of Acropolis, the Parthenon is a beautiful temple dedicated to the Greek goddess Athena. If you can’t make it to Greece, there’s an accurate, full-size replica in Nashville that was originally built for the Centennial Tennessee Exposition in 1897. Today it serves as an art museum.

Mesa Verde National Park is home to one of the greatest and best-preserved concentrations of ancestral Pueblo people cliff dwellings. Starting in the 10th century, they built their pueblos made of sandstone and mud mortar into cliff alcoves instead of the mesa top. About 600 homes have been found at the archaeological site and many are open to the public.

This iconic Puebloan Native American settlement was built in the late 13th and early 14th centuries — and is still inhabited to this day! Visit the Taos Pueblo to learn the history of their people, tour the impressive adobe structure and peruse handmade shops.

The San Antonio Missions heritage site includes five frontier mission complexes, including the famed Alamo, built by Spanish missionaries in the early 18th century. Tour the church complexes and museum to explore the history of the Spanish colonial period.

This iconic monument to liberty was made in France by sculptor Frédéric Auguste Bartholdi in collaboration with Gustave Eiffel. The Statue of Liberty was a gift to America in 1876 to mark 100 years of independence and is a must-see for any visit to the Big Apple.

Finished in 1973 by architect Jørn Utzon, the Sydney Opera House is one of the most distinctive 20th-century buildings and changed the course of modern architecture as a whole. The Opera House offers a variety of daily tours and shows, which are not just limited to opera performances.

Also known as “La Zona,” Ciudad Colonial is the oldest continuously inhabited European-established settlement in the Americas. Stroll along the oldest paved road in the New World, the Calle Las Damas, and visit the public square Parque Colón to find the Colonial City’s 16th-century Cathedral.

As the home of the third president of the United States, Thomas Jefferson’s Monticello estate remains an important example of neoclassical architecture. Daily tours of the stately manor and grounds offer thoughtful insight into the realities of plantation life — and its lasting, historic significance.

Once the capital of New France, the French explorer Samuel de Champlain founded Québec in the early 17th century. Old Québec is remarkable as the only fortified colonial old town in North America. Explore the historic Citadel and Château, shop for vintage treasures along old Petit-Champlain Street, or simply enjoy the city’s natural beauty year-round.