A sign that reads “Nature • History • Space” greets visitors to Titusville, and that branding couldn’t be more accurate. The trio comingle in the expansive coastal area between Daytona Beach and Cocoa Beach, on Florida’s Atlantic coast, and they’re essentially inseparable. Case in point: Merritt Island, just across the Indian River Lagoon from sleepy 145-year-old Titusville, is the home of Kennedy Space Center, but rocket ship technology is only part of its 140,000 acres.

The rest is wildlife, virtually undisturbed. As you tour the Kennedy complex’s cutting-edge aeronautics facilities, you may spot alligators, manatees and a nest that’s been used by bald eagles for 40 years. Beyond the space center’s boundaries, the rest of Merritt Island is a national wildlife refuge, and farther afield is a national park. The refuge protects more than 550 species of creatures and more than 1,000 species of plants while serving as a buffer for the space center’s highly protected projects. This means that no one will pave this paradise out of existence.

LESSONS TO LEARN
Education is a huge part of the Space Coast’s offering: This region is packed with museums of all sizes. It more than a half-century ago that Kennedy Space Center first sent a man into outer space, through Project Mercury; ever since, tourists have come here to learn about travel to worlds beyond. The KSC’s Visitor Complex has showcased the government’s space-geared successes since 1967, and new experiences are added regularly. Guests can view retired spacecraft in the Rocket Garden, watch a mock shuttle launch, meet real astronauts and buy freeze-dried ice cream on a tour of the grounds. Now they can also get a closer look at the sprawling center’s hub via the KSC Up-Close Tour. This two-and-a-half-hour add-on is a bus trip to the highlights narrated by a guide.

On any one tour, there’s no telling which buildings will have the security-clearance green light for Up-Close. Recent participants have visited the 525-foot-high Vehicle Assembly Building, which was off-limits throughout the space shuttle era. One of the world’s largest buildings by volume, this is where rocket ships have been assembled and from which they’ve been wheeled out to launch pads since the Saturn V rocket for 1967’s Apollo 4 mission.

Soak up the jargon as your guide throws out terms like expendable launch vehicles (the parts of shuttles left in space) and mobile launcher platforms (sort of two-story steel dollies for rocket ships). Meanwhile, you may get to approach the launch pads themselves; the area where journalists sit to watch launches; and the road on which 6-million-pound “crawlers” carry spaceships to the launch pads.

Once you’re back at the Visitor Complex with the masses, seek out the Firing Room Theater to relive the tense takeoff of Apollo 8 (yes, that’s the original launch control-center equipment from 1968), a Saturn V rocket that never flew to the moon, a 3.7-billion-year-old moon rock and space suits from across the years.

You’ll learn about more-conventional aviation at the Valiant Air Command Warbird Museum, which is essentially two museums in one. The shabby but memorabilia-packed main room details the history of flight, starting with an original Link Trainer, used in the 1930s to teach pilots to fly at night and in foul weather. Amid the papers, prints, photographs, uniform-clad mannequins, goggles and gas masks are themed areas dedicated to early flight and the role of aviation in wars fought by the United States. You’ll also learn about women who flew service planes in World War II, the Flying Tigers (American airmen who volunteered with the Chinese Air Force in 1941 and 1942) and Tuskegee Airmen (the first African-American air brigade). You can walk around on your own or request a complimentary tour with one of the many blue-vested volunteers. This silver-haired set is eager to share the kind of knowledge that will add depth to your visit. You’ll learn how airplanes changed from one war to the next and how aviation technology sped up when World War I began. And you’ll definitely get a World War II history lesson.

To understand the entire Titusville area, stop by the folksy North Brevard Historical Museum. A simple storefront manned by local retirees, the space is packed with a riot of goods donated by town residents. One section is dedicated to Colonel Henry T. Titus, who founded the town in 1867, and his wife, Mary. You’ll see lots of wooden items: telephones, radios, cash registers, an ox harness and an Edison gramophone. Wander around to discover decades-old toasters, folding cameras and Girl Scout sashes—plus, of course, assorted space-related doodads.

WETLANDS TO WANDER
Seemingly endless swaths of untouched Florida wetland surround the space center, drawing naturalists, hikers and birders. The expansive Merritt Island National Wildlife Refuge is rich in indigenous fauna and flora. Begin at the information center, where you can pick up a map, see a display of highlights and eavesdrop on excited bird-spotting conversations (“There’s a cinnamon teal duck on East Gator Creek Road!”). Take a mini tour along the boardwalk right outside, which winds through wetland and oak hammock and includes a butterfly garden. Blackbirds, doves, sparrows, painted buntings and warblers visit frequently.

Tailor your tour to your interests. This area is known as the redfish capital of the world, so fishermen often choose to launch their boats from the refuge. Crabbing and shrimping are also excellent here. Pick up a free permit at the visitor center, or download it beforehand from the park website. Bird-watchers opt for Black Point Wildlife Drive ($5 a car), a 7-mile branch of the Great Florida Birding Trail. Expect to see snowy egrets, roseate spoonbills, ibises, great blue herons, reddish egrets and many other feathered creatures frolicking in their natural habitat. Hikers have their choice of 6 trails, including a 2-mile exploration through palm hammock, a mile-long one into flatwoods and one that’s populated by a species of scrub jay that is unique to Florida.

Canaveral National Seashore, adjacent to the refuge, is a real find for those seeking quiet beach time. Drive down a well-paved road toward Playalinda Beach, stopping along the way to see the birds and even the space center (from a distance). You’ll end at a series of boardwalks that provide access to the sand and surf. The Atlantic Ocean will be to your right, Mosquito Lagoon to your left. In season, you may spot turtle nests on land and right whales, stingrays or dolphins in the water. Fishing and boating are popular here, as are beach and island camping on the northern side of the park.

OUT AND ABOUT
Those looking for action will find thrills both mild and wild in the Titusville/Merritt Island vicinity. Airboats are a classic Florida adventure, and Airboat Rides at Midway offers one of the best experiences around. Located in Christmas (be sure to send postcards from the post office), just down the road from Titusville, this outfit has a fleet of 6 custom-designed boats with excellent headsets: Along the way, the captain directs your attention to bald eagles, alligators and glossy ibises.

Excursions go into a river marsh through a conservation area alongside the St. John’s National Wildlife Refuge and into the Tosohatchee Wildlife Management Area. In addition to birds and reptiles, you may see cattle grazing and wild boar roaming. A highlight is a stop in the Tosohatchee cypress swamp, where acres of bald cypress thrive, roots exposed as high as 6 feet from the ground. (The roots’ tricolor appearance is caused by changing water levels: The water rises and falls as much as a foot as the seasons change.)

For a calmer but equally intriguing take on water play, join a Black Night/Cold Light excursion with A Day Away Kayak Tours. After meeting at Haulover Canal, you’ll head to shallow waters where single-celled organisms called dinoflagellates glow, lighting up the water. The bioluminescent creatures let you see what’s swimming beneath the surface, including schools of mullet. Daytime kayak trips often result in manatee sightings, while those at sunset head toward a federal rookery island visited in droves by exotic birds.

If you prefer air adventures to those at sea, book an excursion with Florida Biplanes. Two guests at a time can take a spin—over Cocoa Beach and Port Canaveral, or over Kennedy Space Center—in the cockpit of an open-air 1940s Waco UPF-7. You’ll sit in the front seat while the pilot maneuvers behind you, narrating as you pass over land and water. For the Kennedy Space Center tour (15 minutes), you’ll soar directly over the runway used by space shuttles. Upgrade to a 30- or 45-minute trip, or maybe one with loops, wingovers or barrel rolls. The sunset run is popular for marriage proposals.

When it’s time to fuel up, head to Titusville to find an assortment of moderately priced restaurants in buildings with signs explaining what was originally housed there. Though Titusville and Merritt Island may be near busy beaches and only an hour from Orlando’s theme parks, they’re a world unto themselves. Spaceships, vintage airplanes and acres of wetland are a refreshing change from chaise longues and beach volleyball.

All Resorts in Florida North Coast 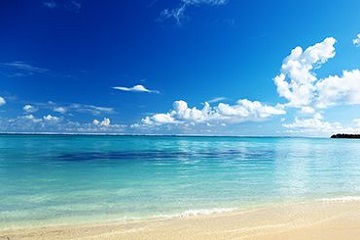 This barrier island on Florida’s northern coast is an idyllic,....Read More

A Town On Overdrive

You can plan your trip around the Daytona 500 or Bike Week, but....Read More