New Year’s Eve is synonymous with fireworks, fun, and plenty of festive cocktails, but there’s one nation that blows everyone out of the water when it comes to celebrating another trip around the sun. China pulls out all the stops for the Lunar New Year, with streets bursting full of color, tables of delicious food to eat, and dancing dragons — they really know how to throw a party. While celebrations in 2021 will be different, the spirit of community remains unchanged.

What's It All About? 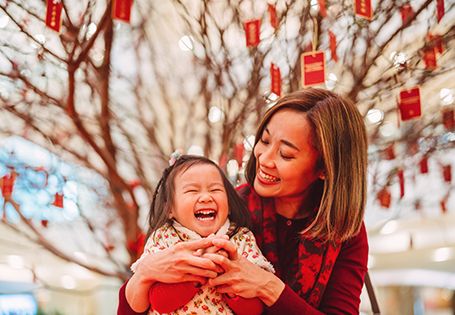 The Chinese New Year is colorful, festive, and lots of fun — everything a big celebration should be. However, it isn’t just about the earth becoming another year older. The people of China tend to be very superstitious, believing that luck weighs heavily in their lives, so a 15-day Spring Festival takes place to encompass all the wonderful traditions that are said to bring good fortune. Working from the lunar calendar, the Chinese New Year date changes every year, always falling on the second new moon after the winter solstice. For 2021, that special date is Friday, Feb. 12, and this year marks the Year of the Ox.

The Chinese New Year has pretty terrifying origins, if the myths and legends are to be believed. According to the tales passed down over the years, the Chinese New Year began with a fight against a mythical beast called the Nian, which coincidentally translates to “year.” The creature looks a bit like a huge ox with a lion’s head, and it wasn't known for being very friendly. As the legend goes, on the night of New Year’s Eve, the beast would come out of its home in the sea and destroy houses, eat livestock, and attack people — specifically children. All very frightening.

However, the Chinese weren’t scared for too long. A wise, elderly man arrived in the village that was being terrorized, year after year, and he told the assembled villagers that he'd discovered the things Nian feared the most. These included fire, loud noises, and the color red — which is why it is thought of as a lucky color. The villagers used all of those things to ward off the dangerous beast. Soon, houses were painted red and bamboo fires were lit to keep the villagers safe, and thankfully they never saw Nian again.

Delicious food is a key ingredient that makes the Chinese New Year so brilliant. The Family Reunion Dinner is one of the most important meals of the year. Under normal circumstances, family members travel far and wide to be with their loved ones for the celebrations. Dumplings are always served, as they are thought to bring wealth. Fish is another dinner staple, served as a last course — but intentionally never finished — as again, it is thought to bring good fortune if there is some left over.

The Chinese New Year is packed full of superstitions and traditions that are observed in communities across the world, not just in China itself.

Preparations are just as important as the main event. Prior to the New Year, homes are given a thorough spring clean — out with the old and in with the new — and many people buy new clothing for the festivities.

Decorations are bought and hung up. To drive off bad luck, red and gold lanterns adorn ceilings, trees, and just about everywhere there’s space. Spring Festival couplets are written on red banners and pasted onto doors, usually wishing good thoughts for the New Year. Decorative papercuts with themes of prosperity, luck, and health are stuck onto windows.

Younger members of the family receive gifts of money in red envelopes. For children who are part of a large family or friendship group, it can be quite a profitable time!