From fairy-topped trees to Brussels sprouts, pantomimes to mistletoe, Christmas is packed with an array of strange and often eccentric traditions. Whether based on ancient customs or simple ideas that captured the imagination, all help add even more colour and excitement to the festive season, from simple family treats to the exciting ways that cities celebrate yuletide. 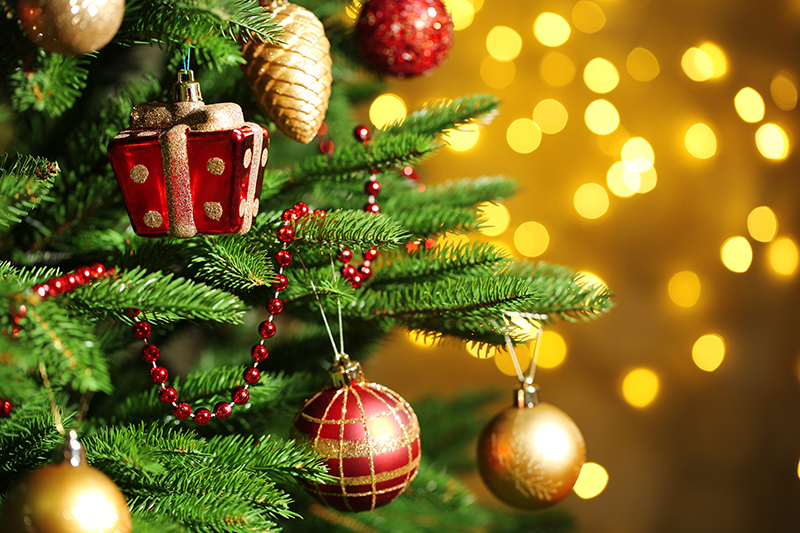 Christmas is a magical time for all - especially for the children. Traditions vary all over the world - why not think about hanging your stocking up in a completely different country this year and experience the local traditions that are on offer.

Now that the festive season is in full swing, here are some of the quirkiest Christmas customs from around the world, some of which might provide you with some travel inspiration for your next winter trip…

As quirky Christmas traditions go, the Gävle goat is up there with the cheeriest - but ultimately craziest - of all. The Yule goat dates back almost as far as the Yule festival itself, with Swedes believing the animal helped deliver gifts on Christmas Eve, occasionally ridden by Santa and pulling a sleigh behind.

Small goats made of straw are one of the most popular Christmas decorations in Sweden, but for just over 50 years the coastal town of Gävle has taken things to another level, putting up a giant version in the town’s Castle Square to celebrate the festive season. 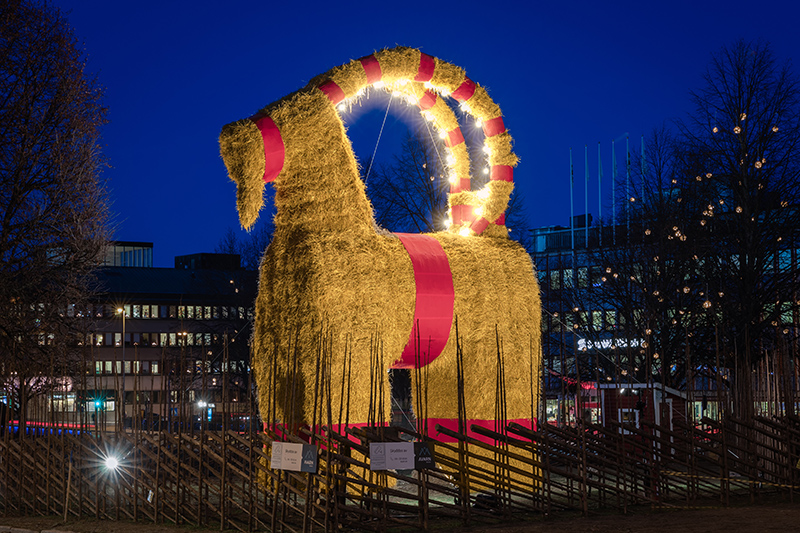 The Gävle goat can be seen all over Sweden during the festive season. This is a long-standing tradition and the size of the Gävle goats have increased to a phenomenal size!

This sounds like a cute idea and great tourist attraction - it’s even in the Guinness Book of World Records - until you consider how flammable straw is. The first Gävle goat was erected in 1966, and made it all the way to New Year’s Eve before being burned down. Few have been so lucky since then, with the majority being destroyed long before Christmas Day, despite all manner of security measures being introduced. The arsonists have stayed one step ahead - in 2005 a group dressed as Santa and gingerbread men fired flaming arrows into the goat; in 2009 hackers disabled the security cameras so they could set it on fire without being identified; and on its 50th anniversary in 2016, the goat was burnt down just 24 hours after being put up! Little wonder that residents now place bets on how long the goat will last.

The goat still attracts visitors from all over the world, but be warned - if you make travel plans it might be gone before you get there!

For many locals, the illumination of Toronto’s Christmas Tree in Nathan Phillips Square signals the official start of the holiday season in the exciting tourist-friendly city. The opening event of the annual Cavalcade of Lights is one of the highlights of the Torontonians’ year, and features live music, a spectacular firework display and an outdoor ice skating rink lit by more than half a million lights. 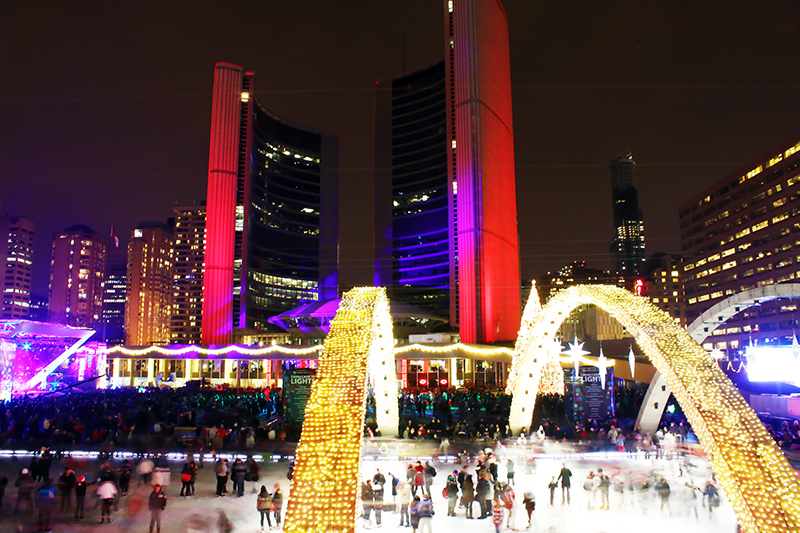 Book a holiday to Toronto to coincide with this month-long celebration at Christmas. Then take in the local sights of the city, including the CN Tower and the Royal Ontario Museum, or if you want to experience the wider area, you are also only a short drive away from Niagara Falls.

The free event usually takes place on the last Saturday of November and is the launch pad for the cavalcade itself, which has expanded from a one-night affair on its debut in 1967 to a month-long celebration that sees an incredible 300,000 energy-efficient LED lights illuminated from dusk to 11pm every night throughout the holiday season.

The event takes in many of the city’s neighbourhoods and while 'winter wonderland' might be stretching things a bit, there’s no denying it makes for a lovely atmosphere when you’re strolling round after a day’s Christmas shopping.

Christmas is usually a jolly time of year, filled with friendly faces, animals and characters, right? Not so in Austria, where the cheery likes of Rudolph, snowmen and even the Yule goat are replaced by a demonic half-man, half-goat known as Krampus.

Legend has it that the scary character, along with an army of ill-tempered elves, has been roaming the Tyrolean mountains and causing mayhem by whipping and even abducting troublemakers, ever since pagan times. Here, parents don’t tell their children to behave to get what they want for Christmas - they're told misbehave and the Krampus will get them! 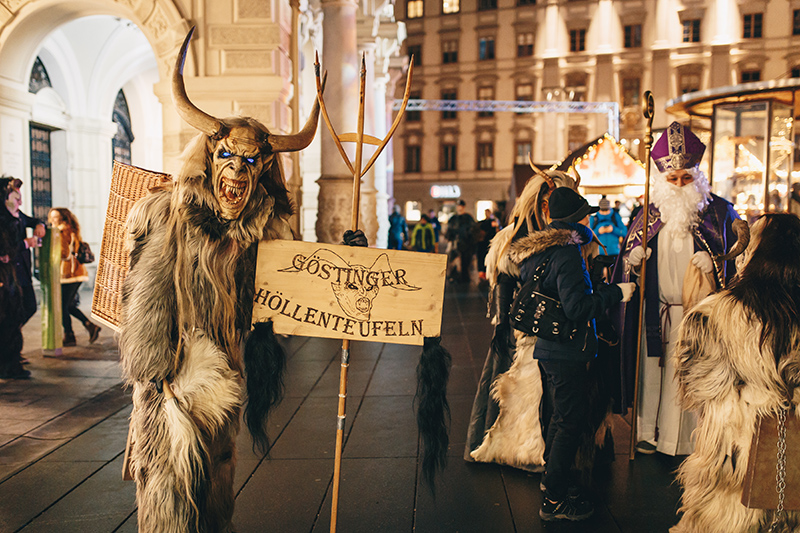 Who is Krampus? In Austria and across the Alpine region, the demonic character is a crucial part of the holiday season. He’s a devilish figure, with long horns and a goaty beard. You might see him posed harmlessly on a greeting card or reproduced in chocolates or figurines.

The beast is often referred to as Santa’s evil twin (Santa rewards the good kids, Krampus punishes the bad), and the two regularly appear together at Christmas celebrations all over Austria. Events take place at a range of cities, towns and villages from November through to the twelfth night, with the Krampus Parade, a nocturnal procession of Krampus figures and Perchten elves, providing the dramatic highlight. The event, which takes place the night before St Nicholas Day (6 December), makes for a thrilling spectacle, and while you’ll find parades all over Austria, head to Salzburg for the biggest and the best.

Everyone loves a Christmas cracker - almost as much as we love to groan at the jokes they contain - and we have the ingenuity of a 19th century London sweet maker to thank for them. Confectioner Tom Smith was also a bit of a traveller, and during a visit to Paris he came across French bonbons - almond sweets wrapped in pretty paper - and decided to create his own version, adding a small motto or riddle in with each sweet. They didn’t prove as popular as he hoped, so he came up with the idea - apparently while sat next to a crackling log fire - of sweets that would make a bang when their wrappers were pulled in half. 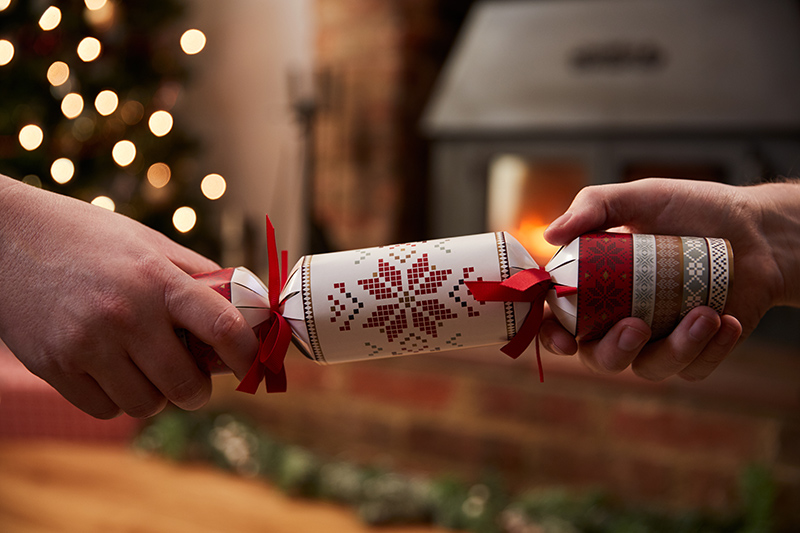 Christmas dinner would not be the same in England without the Christmas cracker - where would we find the poor jokes that keep us entertained year after year!

After his death, Smith’s sons took over the business and started adding toys and hats to the ‘crackers’ - as well as theming them around special events, including Christmas, and effectively turning them into the seasonal dinner table decorations we enjoy today.

The tradition of hanging out stockings for Santa Claus to fill with gifts on Christmas Eve goes all the way back to the time of St Nicholas himself.

So the story (or rather stories, as there are many variations) goes, a poor man was worried about what would become of his three beautiful daughters, as he had no money to pay the dowry for them to get married. Good old St Nick (the ‘gift-giver’) heard about his predicament and wanted to help. Knowing the proud old man wouldn’t take charity, he sneaked back after dark and threw three bags of gold down the chimney of the man’s house, which landed in stockings that were hung by the fireplace to dry. A Christmas fairy tale for sure, but one that has led to children hanging up stockings for Santa ever since.

And the reason we call him Santa Claus is that it’s the English version of ‘Sinterklaas’ - the way the Dutch referred to St Nicholas. 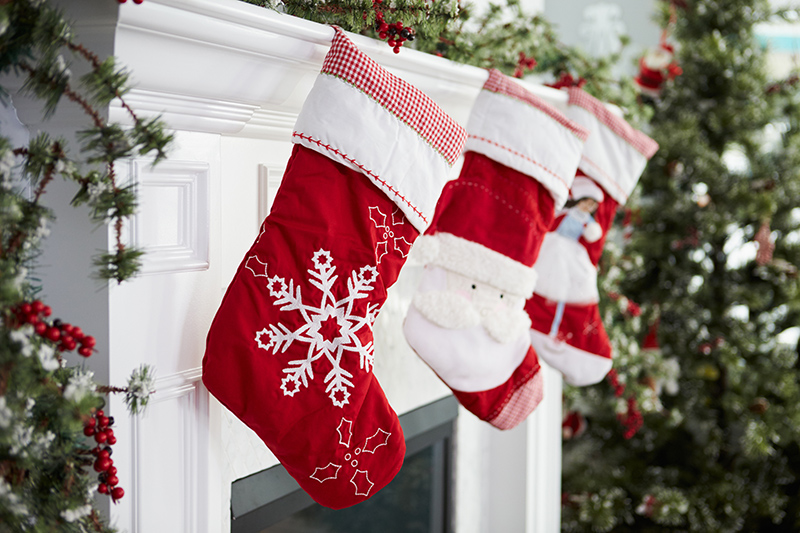 Christmas stockings are hung up by families throughout Greece, and the world over, a tradition held for many years which originated in Greece.

Going back to that cosy festive mantel piece, here’s a few stocking fillers - in the shape of unlikely Christmas traditions from around the world - to keep you going when the chocolate orange is all gone and all that’s left in the sweet tin are coconut eclairs…

• Crackers in Caracas: In the Venezuelan capital Caracas, it’s customary for people to roller skate to church services over the festive season - they even close the roads for it!

• Poignancy in Portugal: It’s tradition to set extra places at the Christmas dining table for deceased relatives in Portugal, where the practice known as ‘consoda’ is said to bring the family good luck.

• Playful in the Philippines: The colourful Giant Lantern Festival has no specific connection to yuletide beyond the fact that it takes place in December, but its popularity has earned host city San Fernando the nickname the ‘Christmas Capital of the Philippines’. The annual event is actually a competition between the creators of giant lanterns, but the dancing lights and illuminations make for such a lovely start to the festive season that it attracts visitors from all over the Philippines and beyond.

• Nasties in Norway: The Norwegians believe that Christmas Eve heralds (or at least coincides with) the arrival of evil spirits and witches, so families hide all their brooms, mops and brushes before they go to bed so the interlopers can’t use them to fly around causing mayhem.

• Uplifting in the Ukraine: Tradition dictates that Christmas trees are decorated with a fake spider and web in the Ukraine. The custom, which is supposed to bring good luck, stems from an old wives’ tale about a poor woman who couldn’t afford to decorate her tree but woke up on Christmas morning to find a spider had done it for her - covering it in a sparkling web. 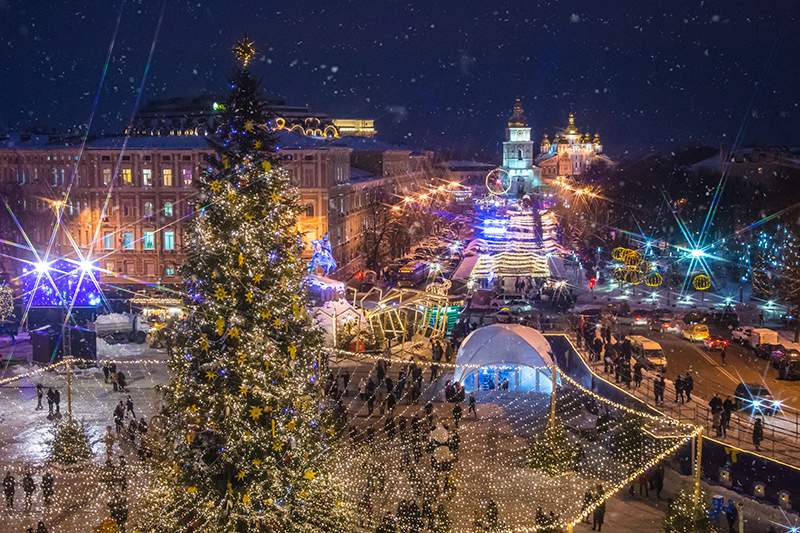 Visit the beautiful city of Kiev in the Ukraine. Numerous Christmas markets are spread all over the city for you to soak up some festive spirit.

And if that’s not a heart-warming story for Christmas then I don’t what is. Wherever in the world you are spending it - and whatever weird, wacky or wonderful tradition contributes to your festive season - everyone at RCI wishes you a Merry Christmas and a very Happy New Year.

If you would like to visit one of these fantastic destinations at Christmas, click on the RCI Resort Directory below and search for your accommodation.