The Best Food And Drink Festivals Around The World

Wine and cheese is, in itself, a food group for many. This means that National Wine and Cheese Day on 25 July will be celebrated by consuming large cheese boards full of a variety of cheeses, from the maturest of cheddar to the stinkiest of blue, all washed down with a glass or two of wine.

Eat, drink, sleep, repeat. The only thing better than food and wine is when they combine into a perfectly planned festival. From sampling local delicacies to trying tantalising tastes from afar, everyone is catered for when it comes to a fiesta of the food-based variety.

With more and more food and drink festivals popping up each year, it can be hard to keep track of exactly what’s on offer. Here’s my pick of some of the world’s best events for all things edible.

Pizza is always a good idea and where better to celebrate this than in the home of everyone’s favourite dough-based creation, Napoli. Returning for 2019 is Pizza Fest; an event that brings masses of pizza makers and lovers together to rejoice in Italy’s most iconic export. Over a million people attended last year’s event meaning that the 2019 edition is set to be bigger and better than ever. 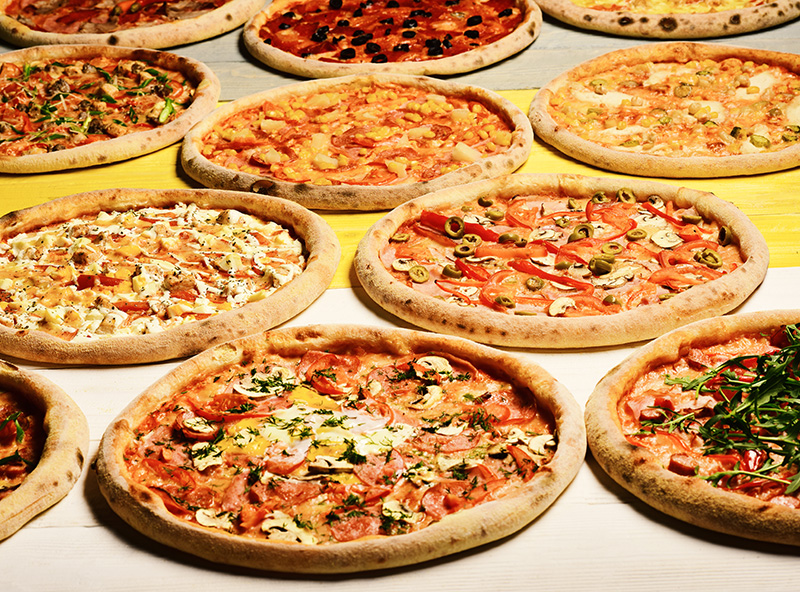 The streets of Naples, the birthplace of pizza, fill with chefs from around the world who showcase their own creations during Pizza Fest. Festivalgoers get to vote for their favourite pizzas across several categories and winners are crowned on the final day.

On the off chance that pizza alone isn’t satisfactory, Pizza Fest has you covered. A schedule full of great live events and free access to concerts can also be fully enjoyed as well as exhibitions, seminars and hands-on workshops for children and adults alike. With so much to do all day and food to try, don't miss out on the evening entertainment; for when the night falls, the parties truly begin.

Naples makes the perfect backdrop for not only excessive pizza eating but also exceptional Italian sightseeing. The ancient Roman city of Pompeii is a must visit for a glimpse into the past and day trips are easy to arrange from Naples. With the imposing Mount Vesuvius looming over this preserved historical site, a trip to Pompeii is a sobering reminder of the power of nature and times gone by. For a taste of coastal chic, the Amalfi Coast is accessible via nearby Sorrento, where many charming ocean towns are waiting to be discovered. From the pebble beach of Positano, to the cascading cliffside houses of Amalfi, this region has long been a desirable destination to explore and adore. 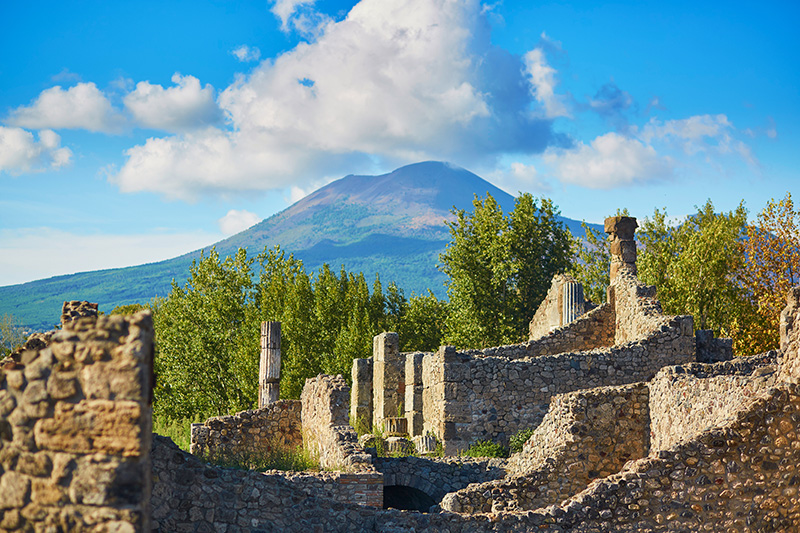 With the imposing Mount Vesuvius looming over the ancient Roman City of Pompeii, this site offers a look into what life was like before a devastating earthquake and eruption buried it in AD 79. Largely preserved under the ash, it offers a fascinating insight into the past.

Situated on the picturesque Lungomare Caracciolo of Naples, the 30,000 square-metre-village becomes home to 50 of the most renowned pizzerias and hundreds of pizza creators from all over the world. In 10 days, they will produce over 100,000 pizzas and at the end of the festival, judges crown the year’s top pizza chef. Expect to try an array of the world’s most prized pizza creations from the traditional Italian classics, to some more contemporary creations. In the name of research and with every taste catered for, it would only be right to sample as many pizzas as possible.

Now in its 24th year, the 2019 Epcot Food & Wine Festival will be the longest in the park’s history, running for a record 87 days. A perfect site for an international food festival if ever there was one, visitors can try food and drink from across the globe from the comfort of the popular world-themed Disney park. The park’s World Showcase and Future World areas become home to an abundance of booths, offering the best in a variety of global cuisine, from Canadian Cheddar Cheese Soup to Spanish Seafood Paella.

Returning to this year’s festival, are popular events including the Party for the Senses grand tasting experience, demonstrations from celebrity chefs, a record number of food booths in the Global Marketplace and all new seminars. As you would expect from Disney, there’s plenty to occupy the whole family with events such as character dance parties and a junior chef kitchen on hand to entertain and educate younger attendees.

A definite festival highlight has to be the Eat to the Beat Concerts, where spectators can enjoy shows from popular bands from the 80s, 90s and 2000s who will treat the crowds to some of their most-loved hits. Performances take place at the American Gardens Theater three times each evening. Admission to the basic Epcot Food & Wine Festival is included with a park ticket, but food, drink and tickets to some of the demonstrations need to be purchased separately. 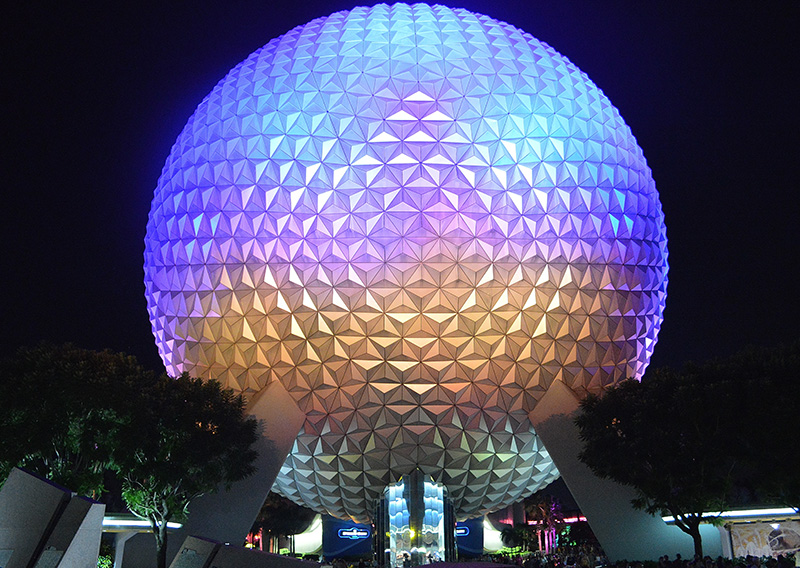 Epcot Food & Wine Festival is one of the Disney park's biggest events of the year. Entry is included in your park ticket and this year it is on for a whopping 87 days, so if you have a Disney trip planned, you should really stop by and indulge.

Of course once in Orlando the world of Disney is your oyster and there are an abundance of theme and water parks to choose from, to experience the magic firsthand. However, if a park of the State holds more appeal, the wildlife of natural Florida is more than happy to oblige.

Wekiwa Springs State Park is mere minutes from Downtown Orlando but feels a world away. There are trails for hiking and biking, and emerald waters for swimming and kayaking. There’s no better way to cool off from the Florida heat than in spring water. Nature watching is plentiful and a real Floridian highlight; look out for native species such as manatees, alligators and otters. For tubing, head to the nearby Rock Springs Run in Kelly Park - hire a tube before you get to the park and enjoy the ultimate lazy river. 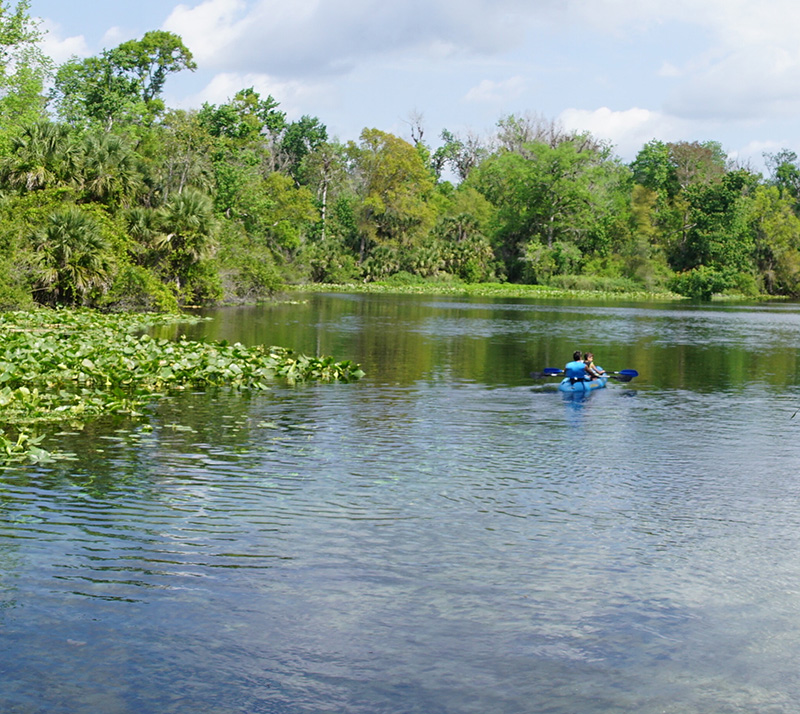 Wekiwa Springs State Park is just minutes from Downtown Orlando and has trails for hiking and biking and emerald waters for swimming, tubing and kayaking. It's also a great place to nature watch and spot some native animals in their natural environment.

The Munich Oktoberfest claims to be the world’s largest folk festival and is an internationally renowned affair, famous for celebrating all things Bavarian. The original festival was held in 1810 to celebrate the wedding of Crown Prince Ludwig of Bavaria and Princess Therese of SaxonyHildburghausen. Five days of revelry took place and the events were such a success, it’s been continued almost annually ever since. The main Oktoberfest is still held in the original meadow of the first event - the Theresienwiese. Locals simply refer to the location as 'the Wiesn' and the grounds can be reached via a short tram journey from Munich City Centre. 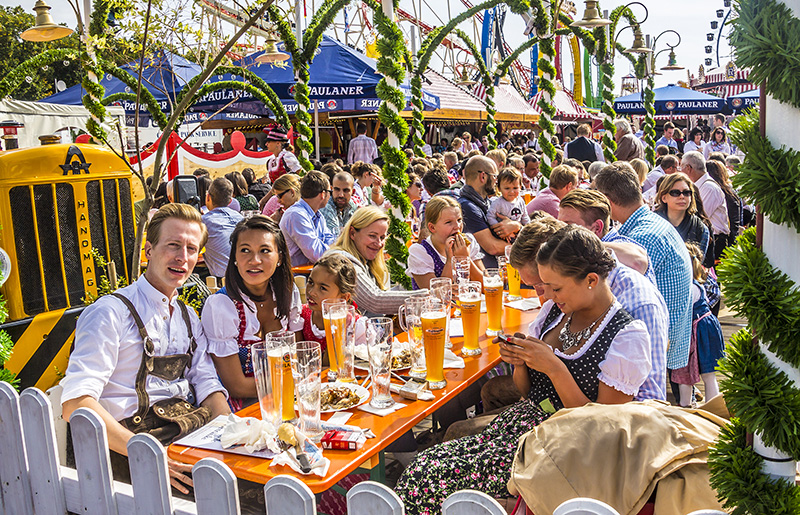 Munich's Oktoberfest was first held in 1810 to celebrate the wedding of Crown Prince Ludwig of Bavaria and Princess Therese of SaxonyHildburghausen and is still going strong today. Replicated all around the world to celebrate everything Bavarian, Munich is still the biggest folk festival in the world.

Munich is an ideal place to explore with an easy to navigate city centre and a wealth of historical places of interest nearby. Alternatively, for a break from the city after the festival, why not enjoy a scenic train journey from Munich to Füssen. This alpine town lies at the foot of Bavaria’s Romantic Road and is the gateway to picture-perfect Neuschwanstein Castle - a 19th century vision of grandeur that feels like it’s leapt from the pages of a fairy tale. 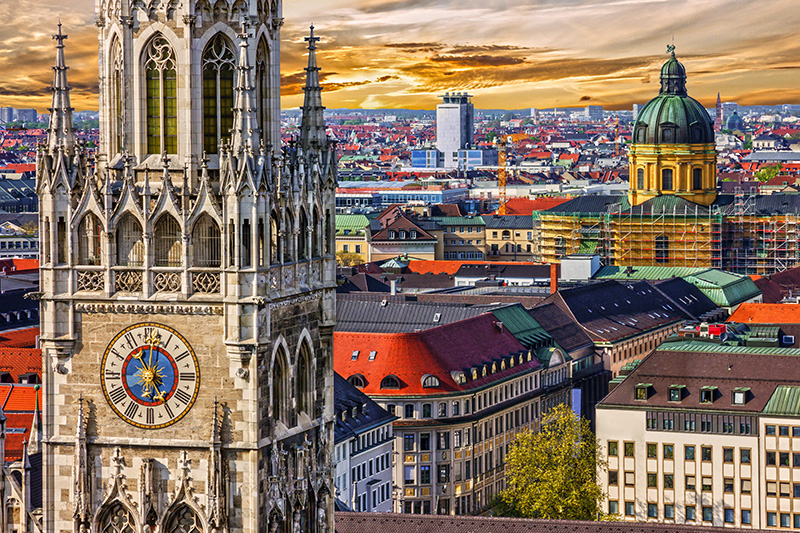 Head to Marienplatz - the central square in Munich - where you'll find the beautiful Neues Rathaus building, which houses the Rathaus-Glockenspiel. Don't miss the clock's shows at 11 am and noon where hundreds of people gather to hear the Glockenspiel chime and watch the 32 life-sized figures re-enact historical Bavarian events.

Mostly associated with beer drinking but also ever keen to be associated with other activities, such as the opening parade and family-friendly fairground attractions, the festival is held in tents with some accommodating up to 10,000 visitors at a time. Traditional dress is very much encouraged but not obligatory and while Oktoberfest has become increasingly popular with tourists, it is thought that the overwhelming majority of visitors are from Bavaria itself.

Each tent offers a different experience and it’s worth trying to visit several throughout the festival; booking a seat in advance is recommended. Beer is served by the litre and comes from Munich breweries only. Beer is naturally the star of the show here but the Weinzelt (wine tent) is also available and offers a selection of both still and sparkling wines. To soak up the alcohol, indulge in local dishes, such as roast chicken with pretzels, Bratwurst and, for those with a sweeter tooth, traditional German gingerbread.

We may not be able to rely on the weather, but we can firmly count on Taste of London to be a key fixture of the Great British Summertime. Popping up twice a year in June and November, Taste of London is a highlight in many a British foodie calendar. Each June, over 50,000 people flock to the city’s Regent’s Park for an alfresco summer feast like no other and in November, Tobacco Dock transforms into a food-and-fun-filled winter wonderland.

There are several ticketed sessions each day and booking early is advised. Street food is served to the masses while drinks flow from an abundance of bars. Top chefs demonstrate the tricks of their trade live, meanwhile workshops on how to create delicacies of your very own are in full swing. Don’t miss the artisan producers who offer some of the best of the UK’s wine, cheese, charcuterie and more. 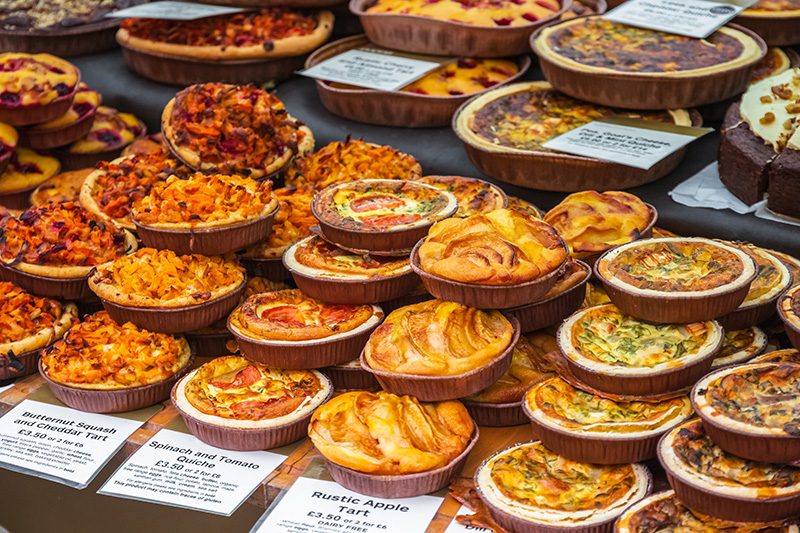 Taste of London is a twice-yearly festival, with over 50,000 foodies flocking to Regent's Park for their fill of all things food and drink in the summer, and Tobacco Dock in November.

This summer’s festival had a ‘Wild in the City’ theme, exploring concepts, including sustainability and championing craftsmanship in food and drink in an urban environment. Some of the UK’s biggest cooking stars were in attendance, alongside the winners and judges from the inaugural edition of The World Restaurant Awards, which took place in Paris earlier this year. November's festival is expected to be just as exciting!

London is ever the hub for all things cultural and once you’ve finished tasting all the food at the festival, why not visit the resident Open Air Theatre to experience a theatrical production al fresco and under the stars. This year’s programme includes Thornton Wilder’s much loved look into American life Our Town, Shakespeare’s summertime classic, A Midsummer Night’s Dream, and Tim Rice and Andrew Lloyd Webber’s chart-topping musical Evita.

There are so many places around the world to visit if you're a foodie, it's hard to pick just one! So, click on the RCI Resort Directory below and search for your next RCI Exchange Holiday - we have over 4,300 resorts in 110 countries to choose from.

If you already own timeshare, but are not a member of RCI you can join our holiday exchange community today. Click on the Join RCI button below and sign up in just a few simple steps.

Disney For Adults, Not Just For Kids