The Best Things To See And Do In Portugal And Madeira

When looking for a winter sun break, Portugal and Madeira don’t always make it to the top of everyone’s list, and yet there are so many fascinating and fun things to do in this part of the world.

Here are the best things to experience in Albufeira, a coastal city in the southern Algarve region of Portugal and Funchal in Madeira, part of the Portuguese archipelago most known for its outdoor offerings. 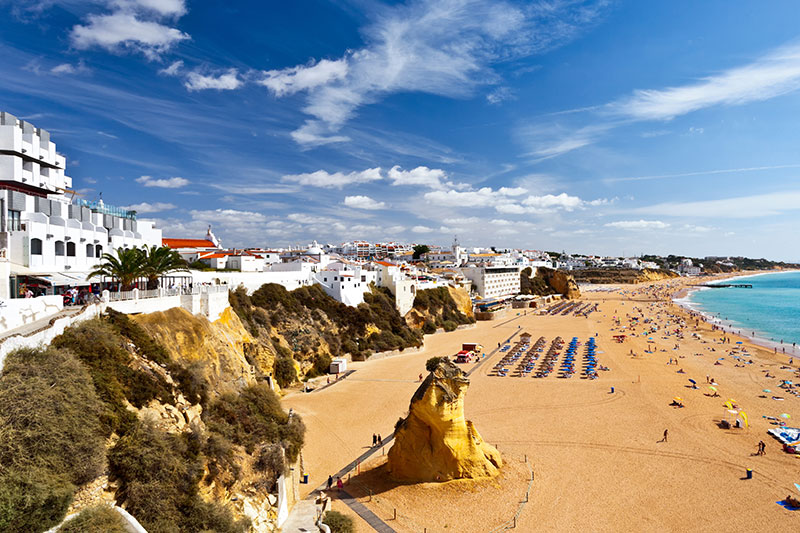 Portugal is well-known for being home to some of the best beaches in the world. Albufeira alone has 20 Blue Flag beaches so visitors will be spoilt for choice when it comes to choosing a stretch of sand to relax on for the day.

A whistle-stop tour of Albufeira

There are numerous beaches to choose from on this southern stretch of coast, each of them with their own unique characteristics. But a beach day here is particularly a must with over 20 beaches having the coveted Blue Flag status.

Even in winter, temperatures here are a comfortable 17 degrees celsius so you’ll still feel the subtle warmth of the sun on your back.

After easing into your holiday with some time on the beach, next up should be your own history trail. The city is rich with history and tradition, as you will uncover with a tour of the 18th-century Santa Ana Church. Though tiny in stature, this charming whitewashed church is fused with Moorish influence, typical in this old part of Albufeira known as the Largo Jacinto D’Ayet.

As long as there are no church services taking place you are free to wander inside - just be sure to dress appropriately given its religious significance.

When you are inside soak up the intricate patterns adorning the ceiling, and detailed wood carvings on the altar. And of course, revel in the heavenly peace of your surroundings with just the echoes of people’s footsteps as your soundtrack.

While you’re in the area, you should call in at the Museu de Arte Sacra, which is the home to religious pieces that were salvaged from local churches following an earthquake and tsunami in 1755 - which makes these artefacts particularly treasured. 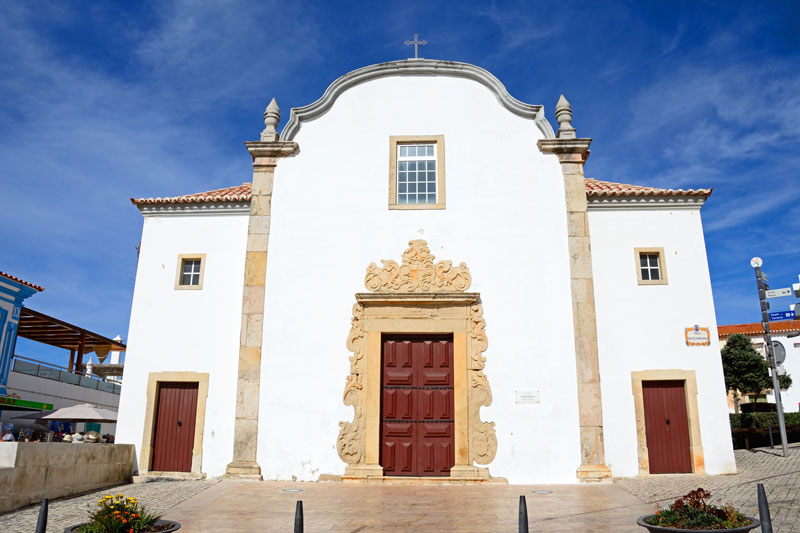 The Museu de Arte Sacra is home to many religious pieces that were salvaged from local churches following an earthquake and tsunami in 1755. It really gives a feel for the history of the city and is well worth a visit.

There is a long tradition of accordion playing in Albufeira, so to delve in and discover more about this unique cultural aspect of the city, head for Casa Museu do Acórdeão in Paderne. The museum features over 1,500 pieces relating to the accordion.

Did you know that the city is known for its birdwatching offerings? Regardless of whether you are a keen twitcher or not, the diversity of bird life here makes for an interesting encounter.

The freshwater wetlands of Salgados Lagoon are a good spot to start and the boardwalks bring you close enough to get a good look without interrupting the natural habitat. Flamingos, spoonbills, herons, warblers and starlings are just some of the varieties to look out for at different times of the year, as well as the mighty falcons and kestrels. Time your visit for an early weekday morning to increase your chances of spotting some extraordinary species of wildlife.

Albufeira is a wildlife haven, perfect for twitchers, thanks to the diverse bird life. The freshwater wetlands of Salgados Lagoon are a good place to spot the likes of flamingos, spoonbills, herons, warblers and starlings, so make sure to pack those binoculars.

And while you’re in the area, you can also get a different perspective with a genteel horseback ride on the beach.

Local guides will always impart some useful nuggets of information which allow you to really get underneath the skin of a destination, and see it through a local’s eyes. Book a Tuk Tuk Tour to enjoy a tour through the side streets of Albufeira which you won’t typically see by car or bus. 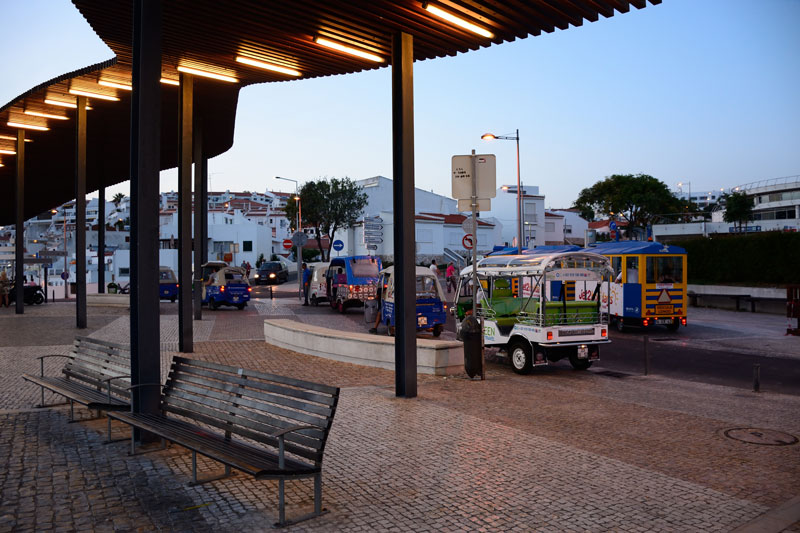 If you want to explore the area but aren't keen on wandering around in the heat, a Tuk Tuk Tour is a great way to see the sights. A local tour guide will be able to point out all the best spots and give you a history lesson at the same time - bonus.

After a day of exploring on foot, horseback or by tuk tuk, you’ll have worked up a serious appetite and with over 700 restaurants in Albufeira alone, you have everything, from traditional Portuguese fare to Michelin-starred venues.

Open for lunch and dinner (closed on Tuesdays), Copos & Petiscos is a family run tapas restaurant in Tavira, where a warm Portuguese welcome awaits. Set away from the tourist strip, you can expect authentic food and wines which are the embodiment of Portuguese gastronomy. While there is a varied menu, opt for a seafood dish as it comes highly recommended on a number of review sites. Pair this with one of the crisp white wines, and you won’t be disappointed.

Bear in mind some restaurants do close during winter so do your research before you travel.

A colourful adventure in Funchal

If I had to define Funchal it would be like a box of crayons, with a rainbow of colourful attractions doodled across the city.

To get your break off to the vibrant start it deserves, the Painted Doors Project in the old town of Funchal should provide the necessary colour pop - sunglasses at the ready! 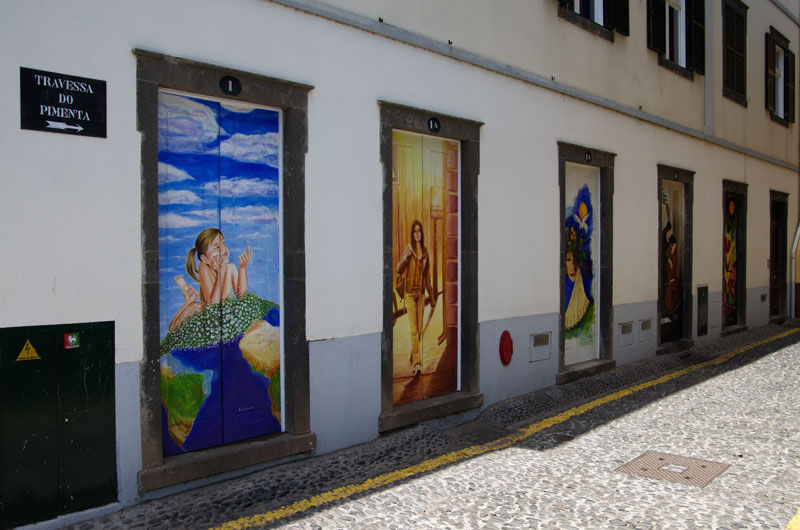 Funchal is a colourful city, with all the pretty gardens bursting at the seams with colour, and the beautiful art work on display around the city, The Painted Doors Project features art by some of the region's most notable artists.

The Public Art Project has transformed the Zona Velha area into a permanent art gallery with doors, walls and premises decorated in a variety of creative ways. The works were created by a number of renowned creatives of the Madeira art scene, and notable contributors include the architect Paulo David and the designer Nini Andrade Silva.

Find your favourites from over 80 pieces of work located on Rua de Santa Maria, before stopping for lunch to run through your highlights with each other from the variety of amusing and edgy displays.

Just a short walk along the street you will find Galeria Restaurante, and if you’re in need of a hearty lunch, the steak is highly rated here. Vegetarian options include the asparagus and mushroom risotto, and it will be hard to determine whether you should eat or just photograph the desserts as they are quite the work of art!

After lunch, take the cable car to the village of Monte to see the Monte Palace Tropical Garden which presents Japanese-style gardens filled with koi ponds, red bridges and bright blue flora. And of course, when in Madeira, you should look out for the exotic Bird of Paradise, the island’s national flower, noted for its resemblance to a bird taking flight. 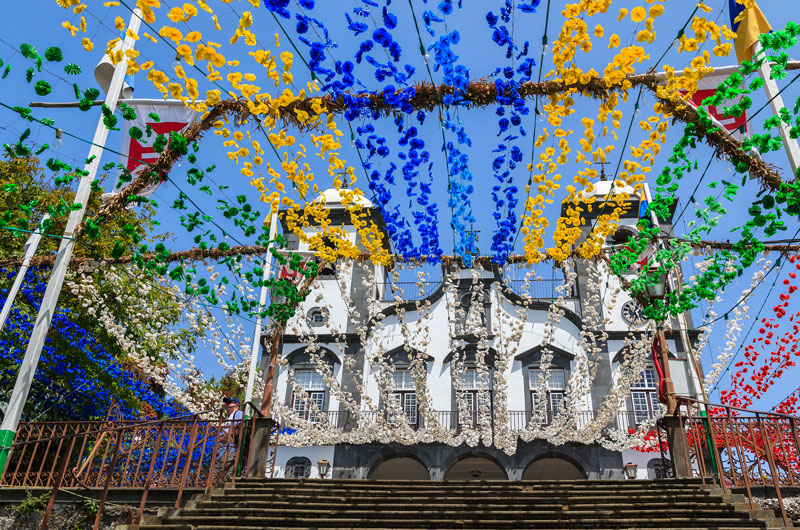 The Nossa Senhora do Monte Church was originally destroyed in the 1748 earthquake and the current structure was rebuilt and completed in 1818. It is the most important pilgrimage site in Madeira, so it is definitely worth a visit.

What goes up must come down, so stroll over to Nossa Senhora do Monte Church to take the ten-minute ride back down to Funchal aboard a traditional wicker sledge. It’s certainly not for the faint-hearted, with the toboggans reaching 18 miles per hour as they career down into the outskirts of the city while being directed by two men called ‘Carreiros’ dressed in white and donning straw hats.

It’s one of the island's most iconic attractions, and the activity dates back to the early 19th century when they were used as a means of transport for locals.

Either take a 30-minute downhill stroll back into the city centre, or book a taxi back.

If you’re not feeling too queasy from the ride, you should pick up a cup of tea and a pastel de nata custard tart. The creamy custard tart is a Portuguese delicacy and you’ll find them all over the island served with or without cinnamon.

It will be like your very own taste of history - the sweet treats were first created by Catholic monks in the 18th century in Lisbon. At the time egg whites were used for starching clothes with the leftover egg yolks used to make cakes and pastries. 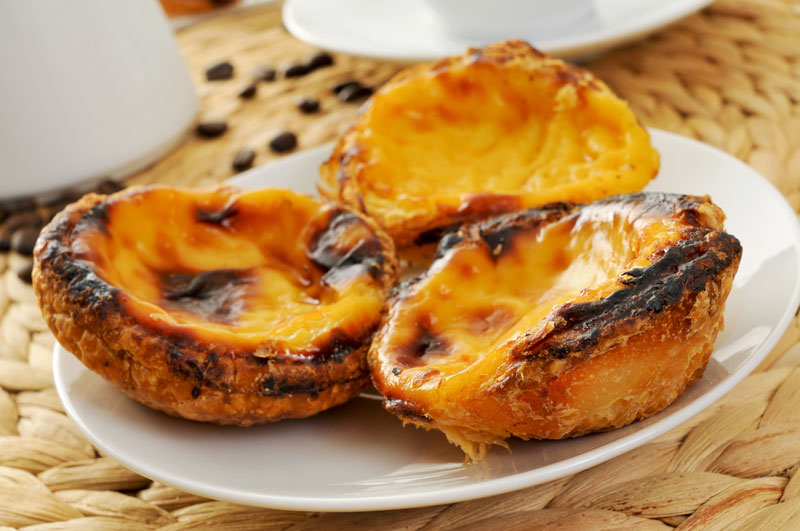 While on holiday, make sure you try at least one of the local dishes. Holidaying in Madeira, that dish must be a pastel de nata custard tart - a creamy custard tart that is often served with cinnamon. Delicious!

With the impending closure of convents and monasteries after the 1820 Revolution, monks resorted to selling the pastries at a sugar refinery to make some money, before selling the recipe on to the refinery in later years, and it is still in operation today.

Following all your inland wanders, it will be high time to head for the coastline. The Lido Promenade meanders along the rugged coast, past gardens, cafés, restaurants and even natural pools. A small tunnel will take you to Formosa Beach - the largest in Funchal with phenomenal cliff views.

The walk takes less than two hours, and will bring you to Câmara de Lobos Bay. Try to time your arrival for sunset and be amazed at the stunning display of oranges and pinks as the sun makes its descent into the sea. This should provide the ideal finish to your rainbow tour. 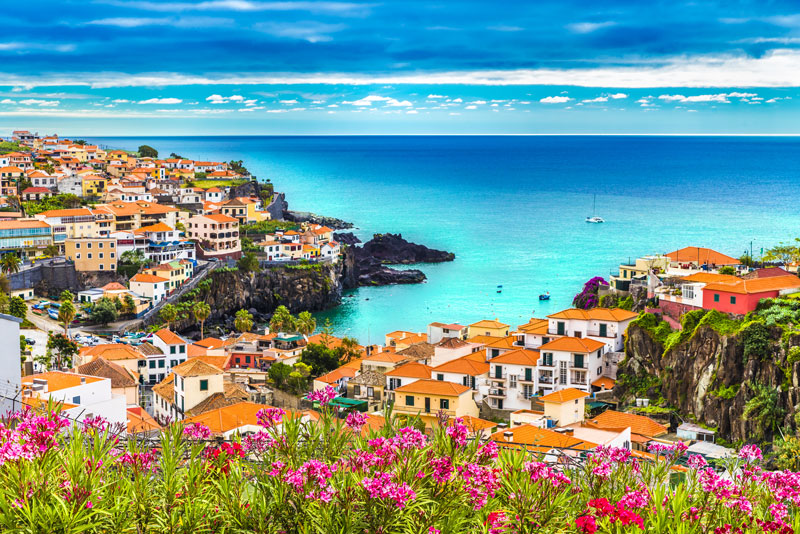 A visit to Câmara de Lobos Bay for the fiery sunset will be the perfect end to a perfect day in Madeira. With the pretty orange roof tiles contrasting colourfully against the azure blue of the Atlantic Ocean, it is a stunning sight.

For more holiday inspiration on Portugal visit our The Algarve and Madeira pages.

Remember to start planning in good time with an early deposit if you are going for an exchange to make sure you get the accommodation you really want. Click on the RCI Resort Directory button below to start your search.

If you do own timeshare, but have never experienced the benefits of holiday swapping using an exchange company, you can join RCI, the world's leading provider of holiday exchange services. All you have to do is click on the Join RCI button below and your travels can begin now.

The Masters Of Madeira

The Best Vineyards in the Algarve

By Quentin Sadler, A Member Of The Association Of Wine Educators
VIEW POST

Unmissable Things To See And Do In Albufeira