15 Books To Capture Your Imagination

By Lorraine Loveland and AJ Brinnand

Many of us enjoy taking a book or two on holiday with us to read by the pool or while travelling, but a good holiday read can also provide some needed escapism while spending time at home.

From biographies and non-fiction bestsellers that keep you connected to the real world, to escapism at the hands of a psychological thriller, here are our top 10 paperbacks and five favourite audiobooks to keep you entertained.

Something In The Water by Catherine Steadman

This chilling thriller by debut author, Catherine Steadman, has earned itself the title of an international bestseller. Erin and Mark appear to have it all, and life seems perfect during their honeymoon in Bora Bora. That is, until they go scuba diving and find something in the water that will change things forever... Deciding to keep their discovery a secret, they didn't count on someone else knowing exactly what happened underwater.

The Reckoning by John Grisham

This latest release from Grisham has been acclaimed as his best work yet. Pete Banning, is a war hero highly regarded in his community, a farmer, father, and a faithful member of the Methodist Church. Yet one day in October 1946, he walked into church, and calmly shot and killed the Reverend Dexter Bell. What turned Pete from a pillar of the community into a cold-hearted killer? And why won't he speak out about it? All his family knows is that it must have been something devastating - but the fallout will haunt everyone throughout the decades to come. 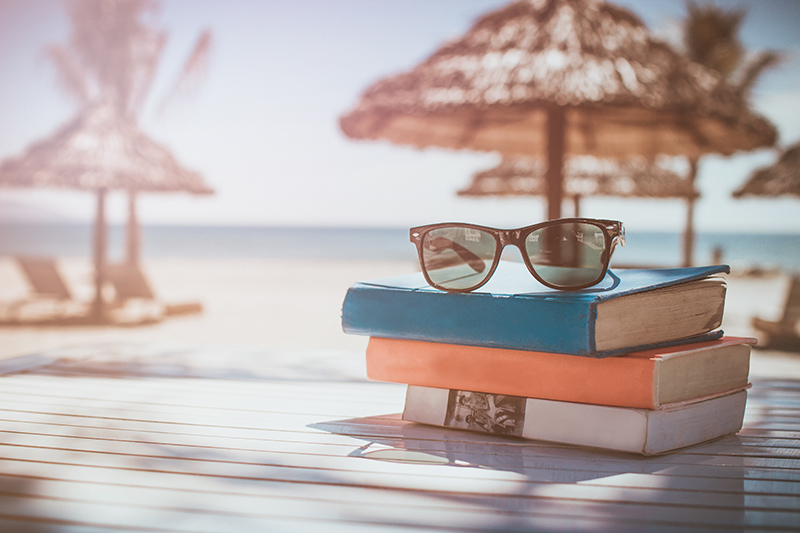 Reading is a great way to pass the time while travelling, but can also provide some needed escapism while at home.

Fans of One Day, who have been long-awaiting Nicholls' latest nostalgic instalment, can rejoice with the release of Sweet Sorrow. One summer Charlie meets Fran. He's the kind of boy you don't remember from school, his exams didn't go well and he finds himself caring for his father. He thinks about the future with dread, that is until he meets Fran Fisher. But to be with Fran, he must become a different person - he must join the Company. The price of hope, it seems, is Shakespeare. This is Nicholls' classic, poignant, funny, enchanting and devastating novel about the rocky path to adulthood while dealing with the confusion of family life.

If the US TV series Big Little Lies had you hooked, you'll want this one tucked inside your hand luggage for every available opportunity to snatch a read. Nine strangers all hide their imperfect lives, but ten days in a luxury retreat with just each other for company promises to change their lives. But some promises turn into the perfect lies.

The Newcomer by Fern Britton

Cornwall forms the fabulous backdrop of this heartwarming novel from celeb-turned-author Fern Britton, and it's perfect if you're looking for an easy read this summer. Reverend Angela Whitehorn arrives in Pendruggan to make a difference, but it causes quite a stir - not everyone is keen for her to shake things up in the small parish, as she discovers when poison pen letters start to arrive. As she sets about bringing a fresh wind to the village, the notes become more personal. Secrets are revealed which lie closer to home, but with faith and friends by your side, even the most unlikely of new beginnings is possible.

With over one million worldwide sales, this updated edition of New Silk Roads takes a fresh look at the relationships being formed along the ancient trade routes today. The world is ever-changing and in times of economic and political change, isolation and fragmentation permeate the western world while along the Silk Roads, ties are being strengthened. This contemporary look at world history provides a reminder that we live in a world that is profoundly interconnected. From Europe to China, through Russia and the Middle East, Frankopan assesses the effects of continual shifts in the centre of power and asks us to re-examine who we are and where we stand in the world.

City Of Girls by Elizabeth Gilbert

Author of Eat, Pray, Love, Elizabeth Gilbert, returns with a unique love story set in 1940s New York. The 95-year-old protagonist, Vivian, looks back on events throughout her youth which have altered the course of her life. Written with wisdom on the power of human desire and connection, it's not your standard love story.

The Holiday by TM Logan

Sometimes there is no such thing as a holiday in paradise if this psychological suspense thriller is anything to go by. Four friends decide to bring together their families for a villa holiday in the south of France for Kate's 40th birthday celebration. But Kate suspects her husband is having an affair, and believes that it's with one of her friends. But how far will someone go to keep the affair hidden?

The Burning Chambers by Kate Mosse

This sweeping historical story is set in 16th-century France, where a young Catholic girl falls in love with a Protestant boy, as the vicious war of religion rages on. In great danger and in the possession of a priceless holy relic, they journey to a haunted chateaux to unearth a long-kept secret. Built around the themes of tolerance, dignity and freedom, this is the first instalment of the new Languedoc trilogy.

This funny yet moving story about love, friendship and courage is set during the London blitz of 1941. Dear Mrs Bird is written from the perspective of a young aspiring journalist, Emmy, who, due to a misunderstanding, finds herself typing letters for a judgemental agony aunt. Nevertheless she decides to give the job a go, and despite being set during World War II, the novel almost takes on a modern shape, beautifully tackling what it was like to be young and at risk of being killed, yet still have the determination to carry on as normal. 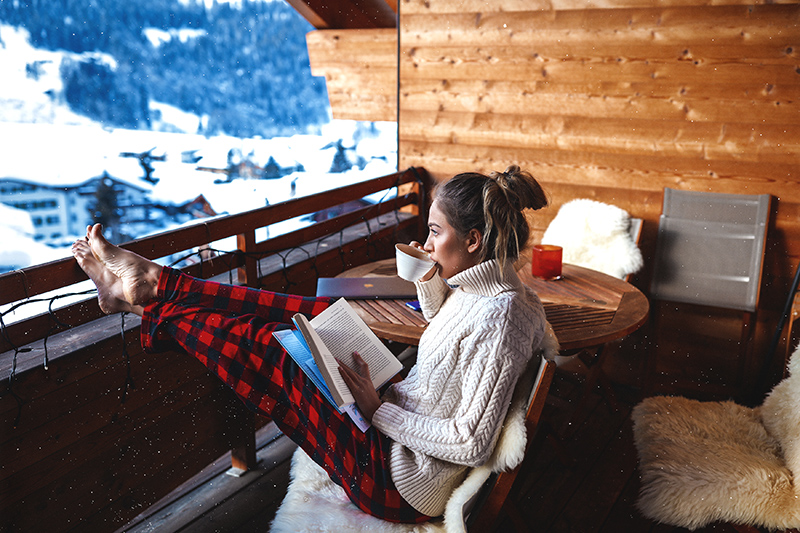 Books are a nice way to unwind after a busy day on holiday - but can also provide a nice form of escapism and entertainment.

The best of the rest: Must-listen-to audiobooks and podcasts

Of course it's not just about the paperbacks. There are a whole host of audiobooks and podcasts you could consider downloading for those times when your hands might be occupied - and once you're ready to go on your next holiday they won't take up any baggage allowance.

Never tried an audiobook before? Brands such as Audible will offer you a free trial before you subscribe, with exclusive deals throughout the month on selected books, plus unlimited podcasts to listen to. Here are some popular options you might want to consider.

Audrey: The Girl Before The Girl - The life of Hollywood icon, Audrey Hepburn, is a resilient tale of tragedy, survival and triumph.

The Death Of Mrs Westaway - It starts when Harriet Westaway mistakenly receives a letter bequeathing her Cornish grandmother's estate. But her real grandparents died over 20 years ago, which means she embarks on a journey of deceit, and there's no going back...

If lounging on a beach and getting lost in the pages of a good book sounds like paradise to you, then head over to the RCI Resort Directory and book your next getaway. Click the button below to search for your home-from-home accommodation.

If you already own timeshare but are not a member of RCI, you could become a part of our holiday exchange community today. If you would like to have access to over 4,300 resorts in more than 110 countries, click on the Join RCI button below and sign up in just a few simple steps.

If you can't make your mind up as to what kind of holiday you want, or where to take it, then you should click on the Holiday Ideas button below to read about some of our favourite destinations and great things to experience around the world.

5 Must-Have Gadgets To Transform Your Travels