If the night of ghosts, ghouls and goblins means you’re in the mood to get spooked - or just entertained - on your travels, then joining a ghost walk tour could be just the trick… or treat! Themed walking tours are always a great way to get to know more about a city you’re visiting, and while many ghost tours operate all year round, Halloween is the perfect time to take a trip to the dark side. Here are four spook-tacular ideas for you…

When you think of Scotland’s beautiful capital city, the obvious images are of its magnificent castle, picturesque Calton Hill, lively shopping streets and colourful array of festivals.

But just a few hundred yards from the castle, in the dark alleyways off the Royal Mile, lies a much darker side to the city, which has led to it being regarded as the most haunted in the UK.

The labyrinth of underground tunnels and vaults under Old Town not only harbour some of its darkest secrets, but apparently a few ghosts as well - as I discovered on a trek into the Edinburgh underworld with Mercat Tours (www.mercattours.com).

Dark winding streets, graveyards, and a maze of tunnels below those ancient stones all make for a great Halloween thrillout in Edinburgh. Pictures courtesy of Mercat Tours, Edinburgh.

Set up more than 30 years ago by teacher Des Brogan, the company operates in line with his favourite motto: “History is a damn good story - what it needs is damn good telling.” The tour guides all double as actors and storytellers to ensure that’s the case, bringing the tales to life through lively presentation - my tour even kicked off with the (mock) public flogging of one unfortunate couple for failing to turn off their mobile phones! Their ‘lashing’ was an ice-breaking way to start the tour and, with the humour level set, ensured none of the ensuing spooky stories took on too sinister an edge.

Guides who are actors bring the 'bloody' history of Edinburgh's oldest city streets and buildings alive in a ghoulish spectacle which can be enjoyed anytime of the year - you don't have to wait until Halloween to do a city ghost walk. Pictures courtesy of Mercat Tours, Edinburgh.

Which is just as well, as the sordid tales contained as much fact as fiction. Whether or not the victims of notorious bodysnatchers Burke and Hare haunt the area is open to debate, but there’s no denying there were victims - the duo murdered 16 people in the city during 1828, selling the corpses to Dr Robert Knox for use in his anatomy lectures.

The story was one of many history lessons we learned while touring the dark streets that slope away from the Royal Mile, before descending further to the haunted underground vaults beneath South Bridge. Lit only by candles, the half-dozen vaults were suitably dark and damp, and while I couldn’t sense any spirit life, a spooky atmosphere definitely prevailed.

Many guides and visitors claim to have felt a paranormal presence down there - from a touch on the hand to a chill down the leg - and are more than happy to wrap things up and rejoin the throngs of people above ground for a warming cuppa… Or maybe something stronger. 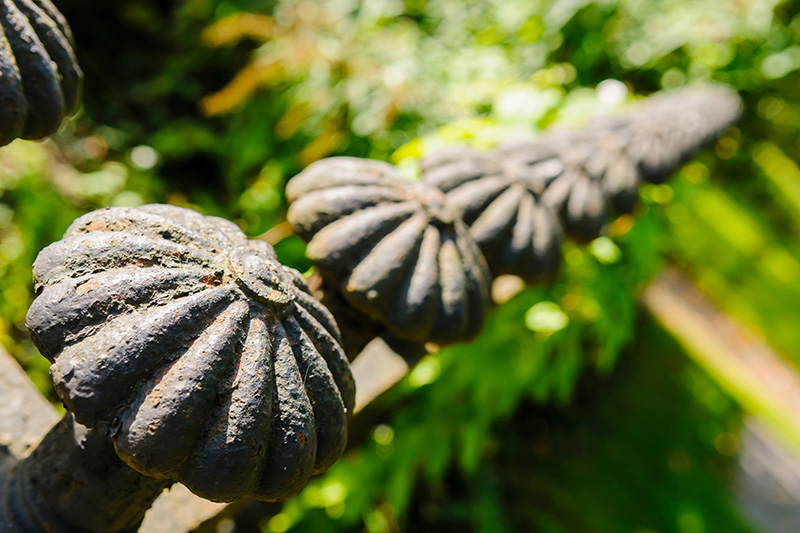 Ornate grave surrounds may look impressive, but they were actually created to deter grave robbers who were always on the lookout for a fresh burial so that they might exhume the corpse and sell it to the doctors of the day for their research purposes.

Any city shrouded in fog as regularly as San Francisco - views of the iconic Golden Gate Bridge are often obscured by cloud - must be hiding a few murky secrets, and the Haunted San Francisco tour by Wild San Francisco Walking Tours (www.wildsftours.com) exposes a few of them for all to see. The first of which is that the fog actually has a name - Karl. Who knew? The moniker is a reference to a giant in Tim Burton’s 2003 film ‘Big Fish’, but illustrates how everything can become a character in these Tales of the (Bay) City. And what tales. How about the 24-hour Pinecrest Diner, where the cook shot dead a waitress for berating him serving poached eggs that weren’t on the menu? 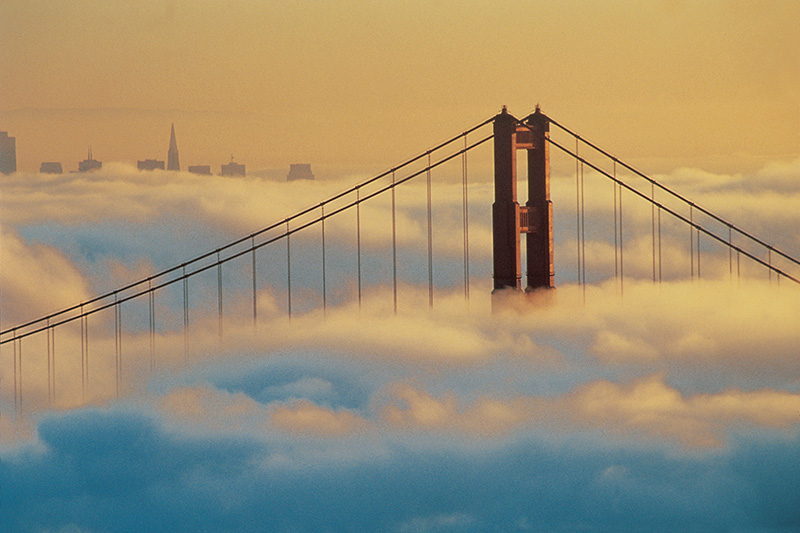 The Golden Gate Bridge in San Francisco, shrouded in a ghostly fog, is a picture perfect opportunity for a Halloween holiday snap! 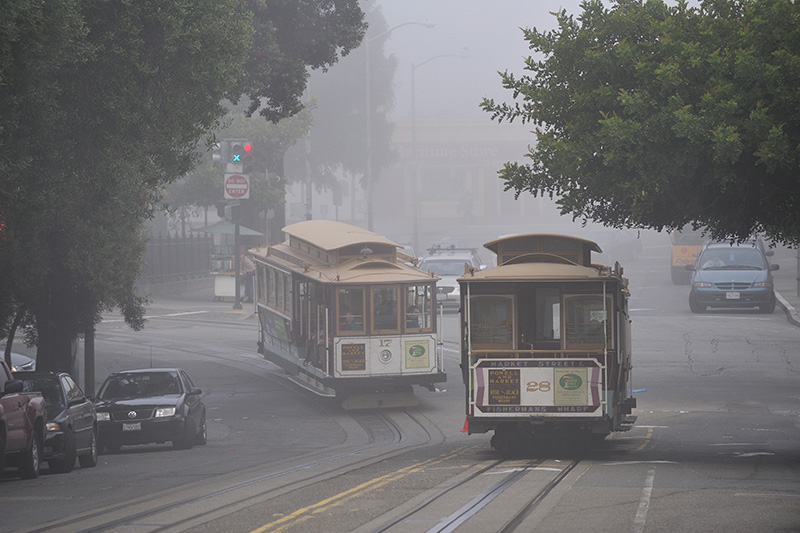 San Francisco is a city which is often wrapped in a fog, making it the ideal place for a spooky Halloween break.

What about the upmarket hotel, The Westin San Francisco on Union Square, where room 1221 not only put paid to the career of Fatty Arbuckle (he was wrongly accused of killing Hollywood starlet Virginia Rappe in there), but was also where singer Al Jolson uttered his final words “Boys, I’m going” before dropping dead during a game of poker? Members of the Al Jolson Society still hold an annual séance in the suite but he’s yet to turn up - although hotel staff insist Jolson, Arbuckle and Rappe all haunt the room. 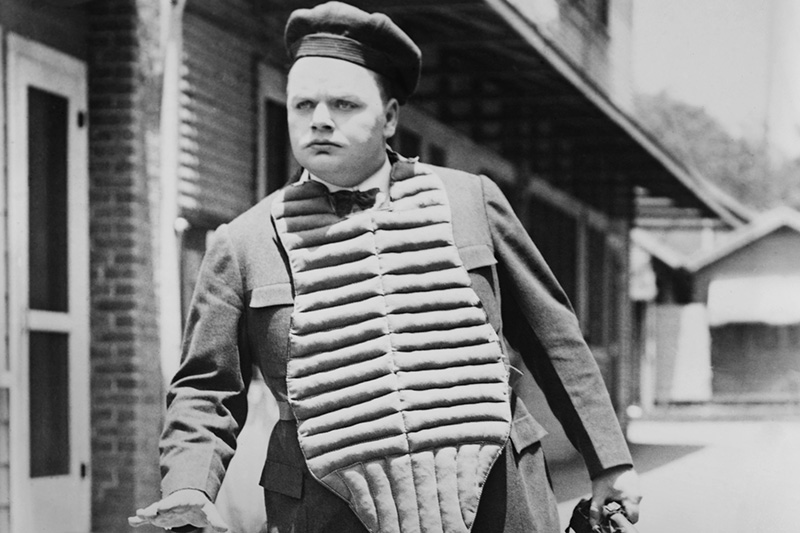 Our relatively short ghost tour, which starts at Union Square, took us past both venues, as well as suicide alley (no need for explanation) and along streets that all had their own yarns of ghosts, suicides and murders. The latter included the infamous Zodiac serial killer, who murdered five people in the city between 1968-1969 and claimed to have killed 37 in total. Despite briefly speaking to police while walking away from killing one victim in San Francisco, he was never caught.

The Zodiac killer would probably be in his 80s by now, but that didn’t stop our flamboyant guide Sebastian from warning us to keep a look over our shoulders as we circled back to the start point, with a whole new appreciation for the city beneath the fog.

Like many Spanish cities, Madrid really comes to life after dark, its lively bars and restaurants packed with revellers enjoying a night out. But away from the bright lights, in the dark cobbled alleys and mysterious squares of its old centre Madrid de los Austrias, you’ll discover a whole other side to the city - where restless spirits wander the streets. Or at least that’s what the guides, or storytellers, on the city’s entertaining ghost tours will tell you, and with some justification, as many of the terrible events of the Spanish Inquisition took place on these very streets. 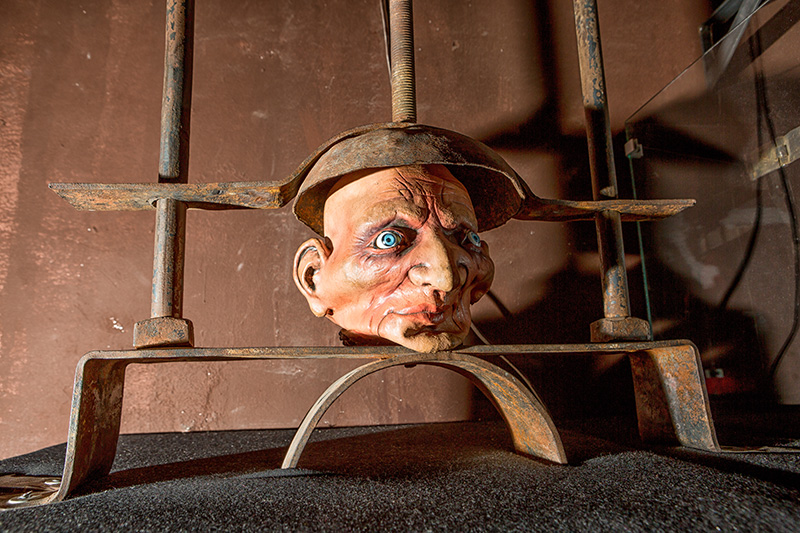 An old relic of the infamous Spanish Inquisition, dressed up to remind visitors of the torture and horrors of this ancient witch hunt that played out in the Medieval buildings around the squares and elegant streets of Madrid.

The tours, conducted by suitably Gothically-attired actors, take in a range of Medieval houses and elegant buildings, all with their own secrets and charms, and even though some of the stories might make you shudder - not least the horrific executions that took place in the Plaza Mayor - the enthralling tales and eerie sights make for a ‘bloody’ great history lesson! 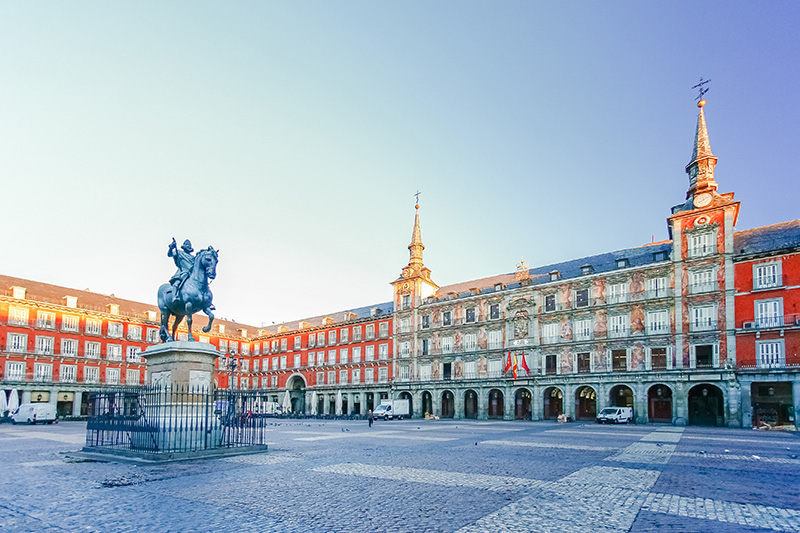 Plaza Mayor in Madrid, in all its splendour, is more frequented for coffee these days than the horrific spectacle of public executions the square was famed for when it was the place of execution for the Spanish Inquisition.

Finland’s capital, Helsinki, is probably best known as a lively seaside city with lovely parks and beautiful islands, but the Helsinki Horror Walk splashes more than a little dirt on that pristine image, and introduces a darker, more mysterious side to the city. The two-hour amble starts outside the Hotel Katajanokka - a former prison no less - and takes in a variety of fascinating sites where spiritual activity has been recorded, including the mass graves of the Black Plague, public execution sites and haunted theatres. 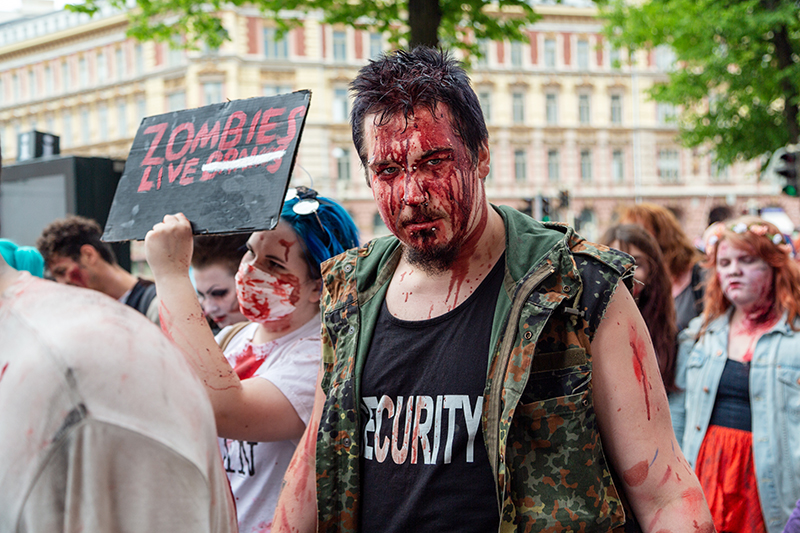 The Helsinki Horror Walk presents the scary face of Finland's party city, with a two-hour stroll through some very ghoulish sites...

The latter includes the Alexander Theatre, which has its very own Phantom of the Opera, in the form of a ghost that has been in the building ever since it was originally built as an opera house in 1879. The bricks used came from a fortress bombed during the Crimean War, and the phantom - whose presence is regularly felt by actors, and occasionally pats them on the back - is apparently the ghost of an officer killed at the time. 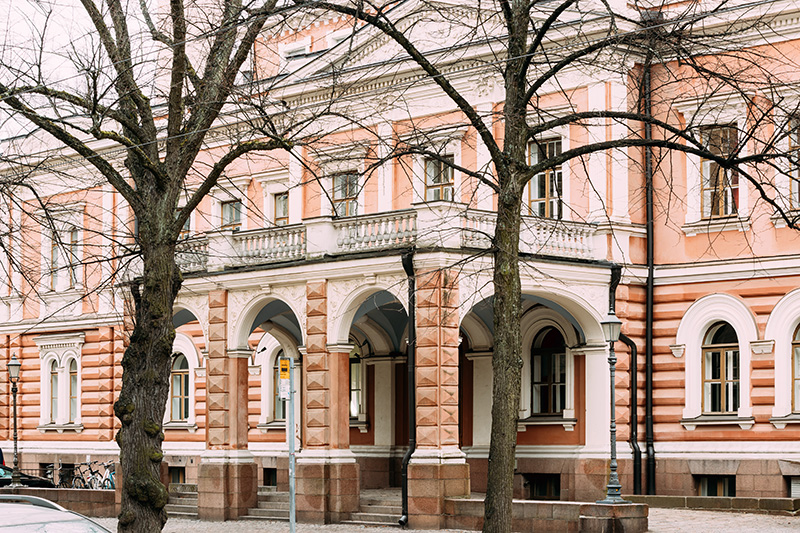 Helsinki's Alexander Theatre has spooked out many an actor treading its boards, who claim to have been 'touched' by the ghost of a long-dead officer - killed during the Crimean War.

As with all the other tales, whether you believe in the supernatural or not, the horror walks are a fascinating way to discover a whole new side to your favourite holiday destinations.

The city’s National Theatre is also said to be haunted by a number of restless spirits, while the bright yellow Burgher’s House, the city’s oldest wooden building, plays host to more than just a living museum of the 1860s. The ghost of its former owner Alexander Wickholm is now regularly spotted sitting on his favourite ‘chair’ - a square boulder where he used to relax in the garden - that has been moved next to his gravestone. 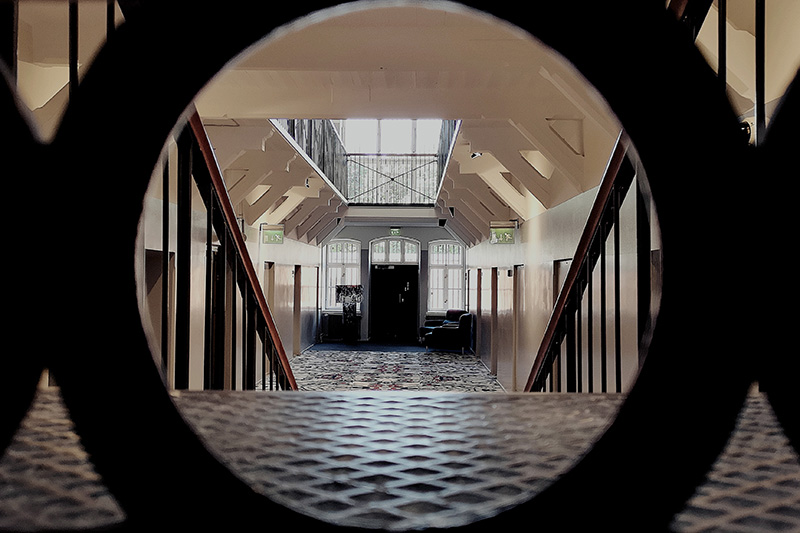 The Hotel Katajanokka showcases its architectural magnificence today. However, it's glitzy halls and glamourous stairwells were once home to Helsinki's bad boys, as it is a former prison, as well as your starting point for the Helsinki Horror Walk.

If you would like to start planning your eerie escape for Halloween 2020 - and you are already an RCI member - check out the many options available to you by using your timeshare with the RCI Holiday Exchange programme. Click on the RCI Resort Directory button below to select your accommodation.