Fuerteventura's sun-kissed shores did not disappoint us on our Canary island getaway. The delicious Canarian cuisine, however, did come as a surprise and became a real highlight of our holiday.

The Canary island, Fuerteventura, is one of those places that you visit thinking that it will just be one of those sun-trap islands in the middle of the Atlantic Ocean, just off the coast of Africa. To be honest, that's exactly what it is, but so much more too.

My girlfriend, Amelia, and I wanted to catch some rays during April this year and the first place that came to mind was one of the Canary Islands. Being the hopeless romantic that I am, I went ahead and booked it without her knowing, thus creating a surprise holiday for her. Do you know, it's at times like this that I am reminded of what a great boyfriend I am! 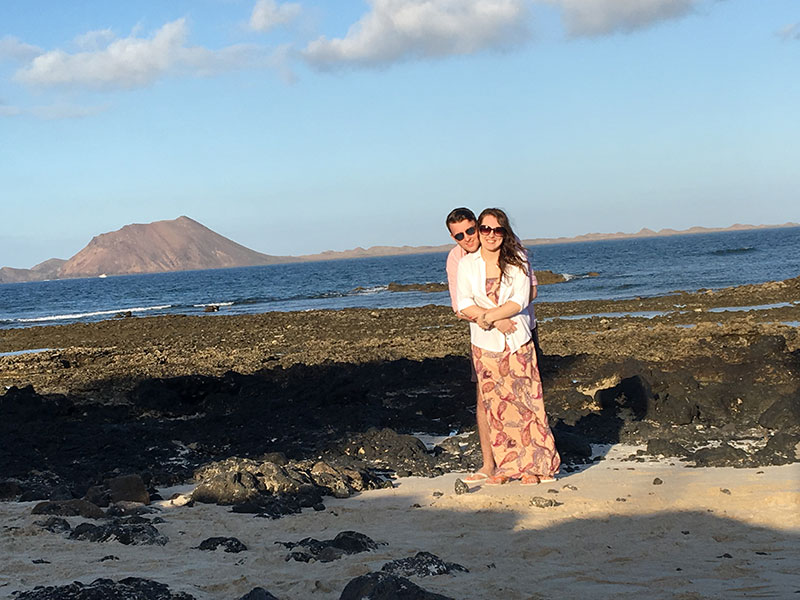 Cam and Amelia catching the rays on Fuerteventura in April.

I remember getting off the plane and being hit by the instant outdoor heat of the island. Call me crazy if you like, but I love it when that happens. Staying at the Dunas Club (2539) in Corralejo, one of the resorts in the RCI Exchange Holiday programme, way up in the north of the island, we couldn't have asked for a better place to stay. Only a minute's walk to the sea, five minutes from the harbour, and about a ten-minute walk to one of the busy high streets, bursting with cool cafés and shops. The room was spotlessly clean, spacious, and had all the amenities we needed for our week-long holiday. All we had to do was hit the restaurant and get stuck into some of the tasty food on offer. 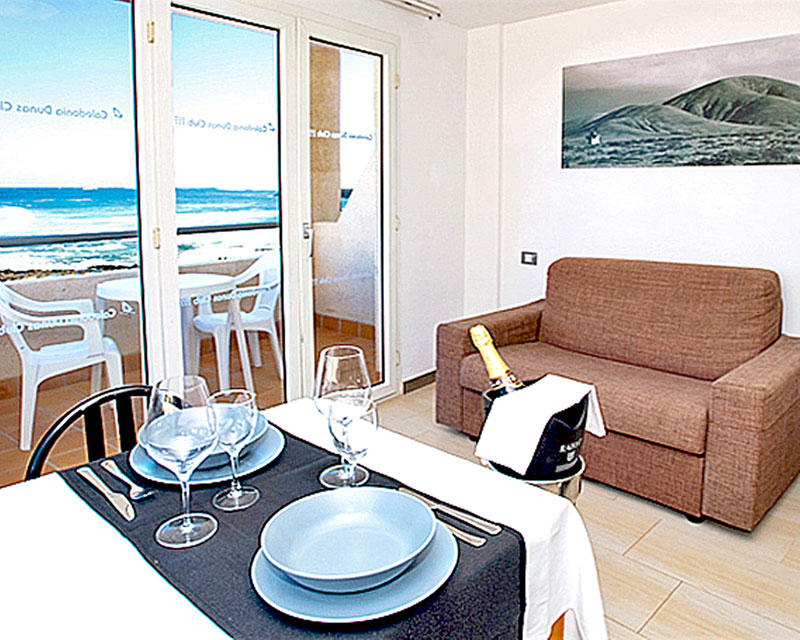 Spacious rooms were a bonus for Cam and Amelia staying at the Dunas Club (2539) on Fuerteventura. 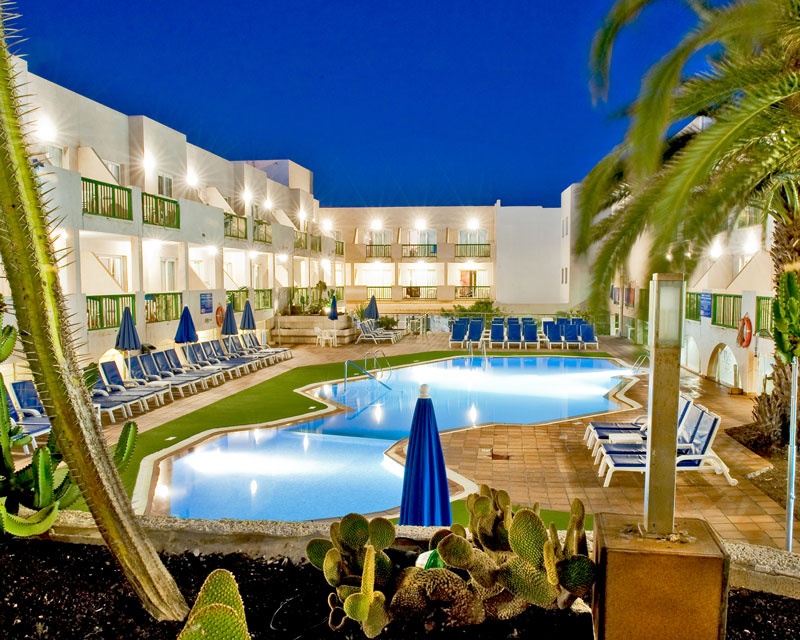 Dunas Club (2539) was the ideal holiday retreat, just a minute's walk from the beach.

I wasn't aware, but apparently there's a fair few food specialities in this part of the world, mostly originating from Spain, but needless to say, very tasty and definitely worth a try! You have the mojo sauce, a local spicy sauce which is typically served with either grilled octopus or something which they call 'panas arrugadas' - in English this translates as wrinkly potatoes that have been boiled in salty water.

They also have the Canarian goats' meat, which is generally served as part of a stew, and is relatively mild in flavour. Combined with various vegetables and spices to give it that extra 'oomph', it tasted a lot better than it was described to me. Then there was the Majorero, an award-winning local goats' cheese that is incredible when tossed into a salad. Not dissimilar to Manchego cheese from the Mancha region of Spain and famed for its nutty, caramel flavour. It is a fairly solid cheese, with a rich nutty flavour, but be careful not to throw in too much, as it can be quite overpowering.

The great thing about holidaying in a timeshare is that you do, in the majority of accommodation, have the luxury of cooking up a storm with local delicacies bought from the markets in your well-equipped kitchen, and dining in comfort in your home-from-home apartment. 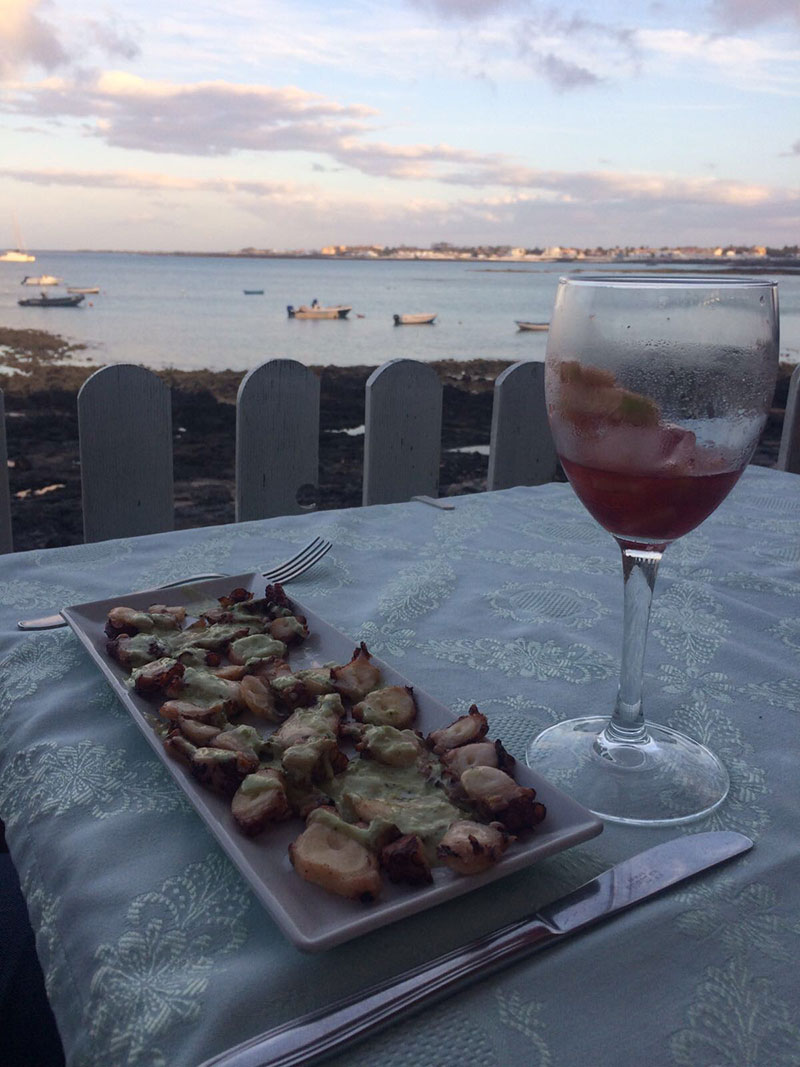 Meals in Fuerteventura often come with a great view as a side order.

Depending on what you fancy, there are so many flavoursome foods to sample and enjoy but, if I was to pick my top three dishes I enjoyed on my Fuerteventura holiday, they'd be:
Grilled Pulpo (octopus) with mojo sauce
Ropa Vieja - a combination of different meats, chickpeas, onion and potatoes
Sancocho Canario - typically made using sea bass, or an alternative salty fish, cooked whole, sweet potato, gofio and papas arrugadas. 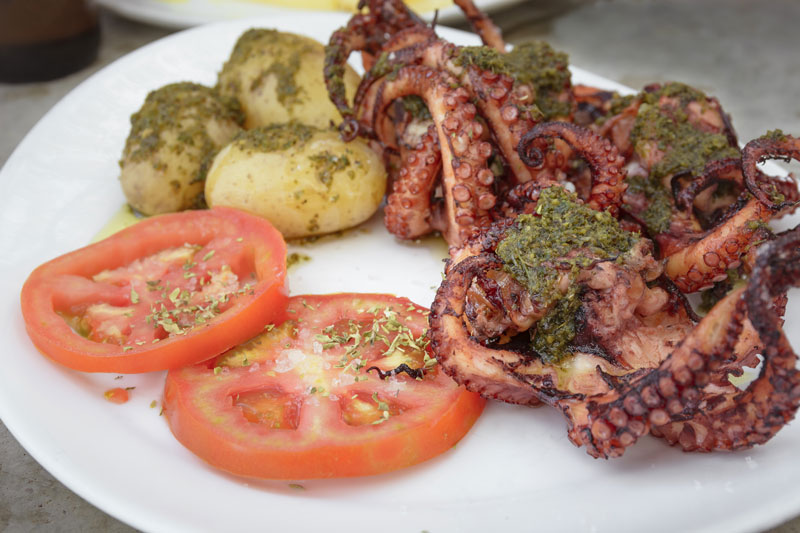 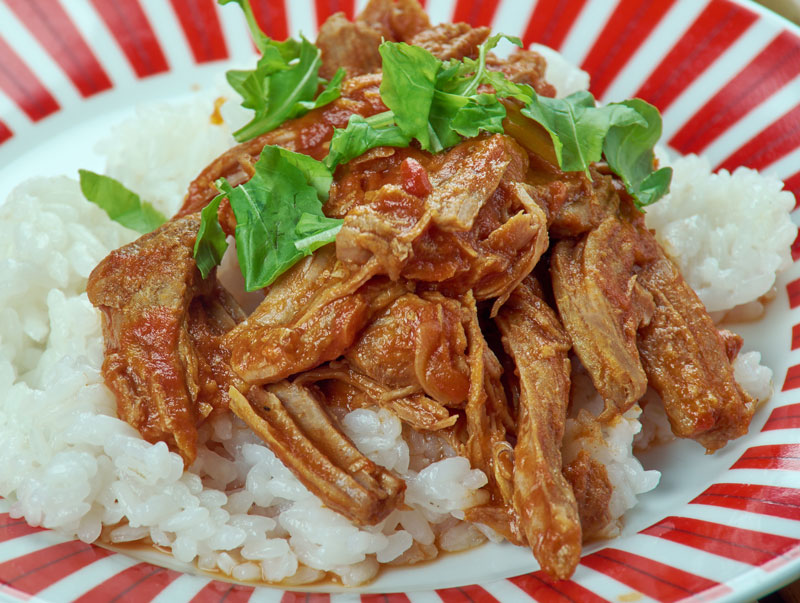 Ropa Vieja is a hearty a combination of different meats, chickpeas, onion, on a bed of rice or potatoes.

Apart from the food, and away from the restaurants, with beautiful, iridescent shores and refreshing breezes sweeping the island landscapes, Fuerteventura is a thriving island rich in natural splendour. Tasting the fabulous local cuisine, bathed in sunshine by the sea, we left after our holiday feeling like we had really got under the skin of the place. We now have so many reasons to return to this island again one day.

If you own timeshare and want to learn more about joining RCI membership to holiday further afield with your ownership, visit Why RCI? 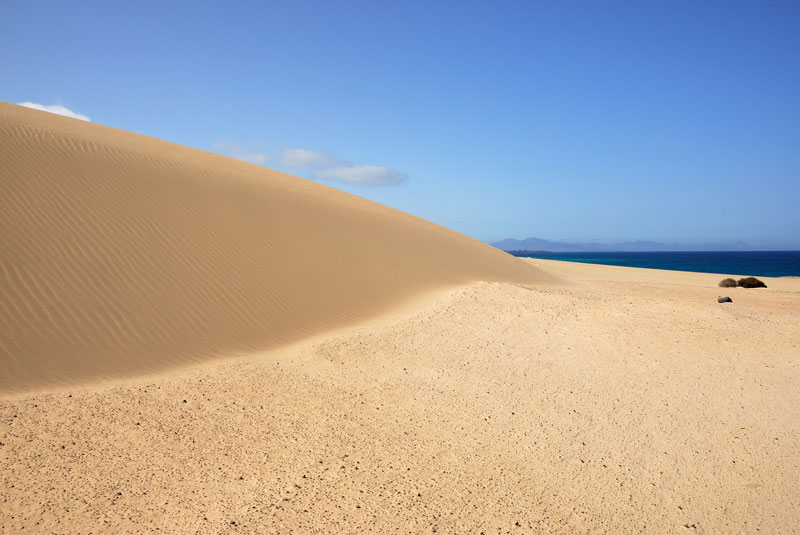 The fine pale sands of the beach at Corralejo, just a short walk from the RCI-affiliated resort, Dunas Club (2539). 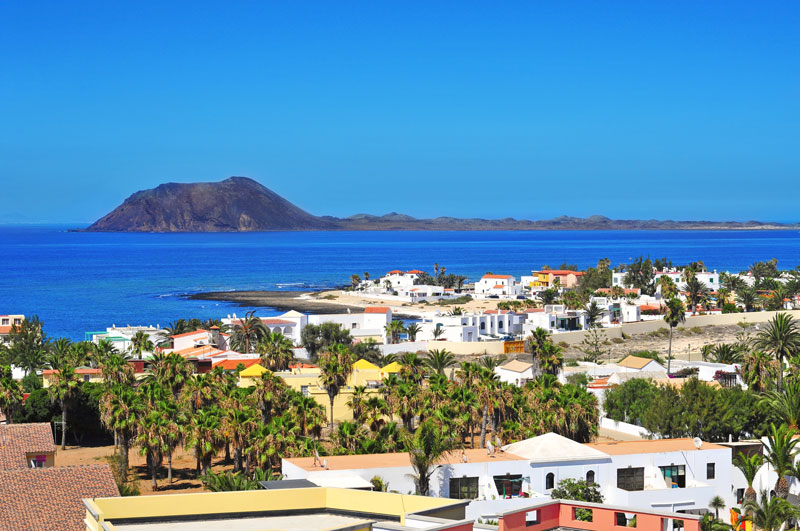 Nestling on Fuerteventura's shoreline, Corralejo is a hidden gem of the Canary Islands.