It seems counterintuitive: Even though the scenic beauty makes you think, I could retire today, get a little place on this hill and watch the clouds track across the fields forever, there’s something about the Shenandoah Valley that urges you to keep moving. As long as American history has been recorded, the valley has been a natural highway for people on the move. Large armies once passed this way: Bands of Iroquois and Catawba waged war on each other here until the 18th century; and both Union and Confederate forces used the Shenandoah as an avenue of invasion during the Civil War. These days, long-haul truckers fill the rest stops along I-81, driving out of their way to avoid clogged Eastern interstates, while hikers revel in the protected 101-mile stretch of the Appalachian Trail that runs through Shenandoah National Park.

Whether you come to soak up the history or the natural beauty (or the wine), one thing is certain: You, too, will inevitably be drawn to see what’s just over the horizon.

THE AMERICAN STORY IN HARPERS FERRY
Geographically and historically, the Shenandoah Valley begins at Harpers Ferry, WV, where the Potomac and Shenandoah rivers meet. Robert Harper started a ferry across the Potomac here in 1747, and Quaker and Scottish-Irish settlers from Pennsylvania soon migrated “up the valley,” meaning southwest to a higher elevation. Today, this appealing town of 300, much of it a National Historic Park, makes an ideal starting point to explore the region’s history and natural wonders. (Thomas Jefferson, who visited on his way to Philadelphia in 1783, called it “perhaps one of the most stupendous scenes in nature.”)

To get a feel for the area’s hiking trails and an appreciation for the effort it takes to preserve them, stop in at the Appalachian Trail Visitor Center. View exhibits about the 2,100-mile Georgia–to–Maine trail, sort through a wealth of maps and work with staffers to plan your own hike, whether it’s a multiday backpacking trip or a stroll down the trail’s easiest mile, which happens to run through town. If you’re looking for an adrenaline rush, River Riders offers novice-to-expert white-water rafting and kayaking trips (as well as canoeing and fishing) on the nearby Potomac and Shenandoah rivers.

Harpers Ferry’s historic buildings give you a peek into colonial and early industrial-era America. But the town is best known for abolitionist John Brown’s 1859 raid on the federal armory, a major spark of the Civil War. Hoping to inspire and arm a mass uprising of slaves, Brown’s group succeeded in capturing the armory but became trapped in the neighboring firehouse by local residents. A contingent of Marines stormed the building, led by a young army colonel named Robert E. Lee, and the few survivors, including the wounded Brown, were executed for treason. The firehouse, now called John Brown’s Fort, is the only armory building that survives today.

MARCHING UP THE VALLEY
Although the region’s larger battlefields—Gettysburg, Bull Run—are better known, nowhere was the fighting more relentless than in the small town of Winchester, VA, which changed hands more than 70 times during the Civil War. The Shenandoah was of strategic importance to both sides. For the Confederacy, it provided both vital farmland to feed the troops and a protected invasion route aimed like a dagger at Maryland, Pennsylvania and Washington, D.C. For the Union, gaining control of the valley would cut off the main source of food for the enemy and also offer a pathway deep into Southern territory.

So it’s fitting that historians still study the brilliant campaign that took place here. In the spring of 1862, it looked like the war might soon be over—Ulysses S. Grant had defeated Confederate armies at Fort Donelson and Shiloh, driving into the deep south, and a massive Union army of 120,000 men was moving on Richmond from the southeast, while another closed in from the north. The situation in the Shenandoah looked even bleaker, with Confederate General Thomas “Stonewall” Jackson’s poorly equipped 17,000 men facing three Union armies totaling more than 52,000. But Jackson understood the importance of his task—“If this Valley is lost, Virginia is lost,” he wrote—and what he lacked in numbers, arms and food he made up in speed, maps and audacity.

For more than a month and a half, Jackson marched his troops some 25 miles a day, attacking and defeating the armies one by one before they could unite. By June, all Union forces had retreated from the valley. The Stonewall Jackson HQ Museum, his home during the winter of 1861–62, gives a good overview of both the man and the campaign.

A visit to the newly preserved battlefield of Cedar Creek shows how the valley later slipped away, and with it the Confederacy’s final hope for survival. In the summer of 1864, following a daring attack on Washington by a Confederate army under Jubal Early, General Philip Sheridan was put in charge of all Federal forces in the Shenandoah. His orders were to follow Early “to the death” and, in a prelude of Sherman’s March to the Sea, to burn the valley so clean “that crows flying over it will have to carry their own provender.”

But on the morning of October 19, as Sheridan returned from a meeting in Washington, Early’s outnumbered forces launched a surprise predawn attack. Thousands of Union soldiers, busy making their breakfasts, had to run for their lives. Early’s soldiers were exhausted and starving, however, and many stopped to loot the abandoned Union camps. By the time they could be brought back into line, the Union forces had slowed their retreat, and a galloping Sheridan rallied his troops to drive the Southerners back over the ground they had captured only 12 hours before.

Along with the battle, the Confederacy also lost control of the valley for the final time, as well as any real chance of preventing Lincoln’s reelection. Learn more at the new National Historic Park outside Middleton. The Cedar Creek Battlefield Foundation, which runs the visitor center, also sponsors reenactments that draw upwards of 10,000 people. 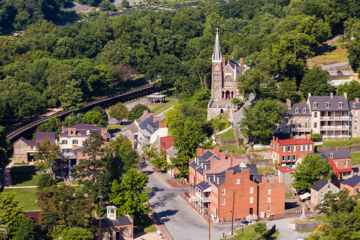 A Taste Of Virginia 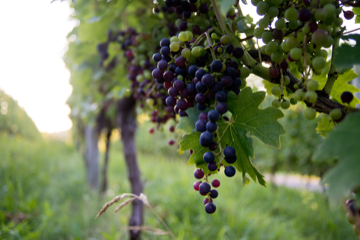 Getting Back to Nature in Shenandoah Valley 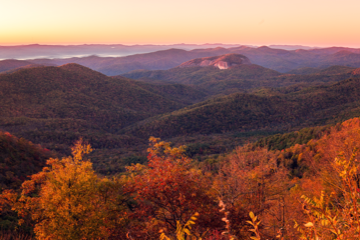