Country music still reigns over Nashville, but these days Tennessee’s capital also has its share of big-city staples: two pro sports teams and a couple dozen corporate headquarters, as well as sophisticated dining and a first-rate symphony center.

Weekend guests can’t possibly expect to cover Nashville’s 533 square miles in a couple of days. So drop your bags, and stroll over to the intersection of Broadway and Second Avenue, where the Cumberland River elbows east in the shadow of the Tennessee Titans’ stadium, Nissan Stadium. It’s a good starting point for your exploration of Music City—and not just because there’s a Hard Rock Café on the corner.

This historic, high-traffic area is a microcosm of a sprawling, incredibly clean city that exudes enough urban flash to be dubbed “Nash-Vegas.” Within a few blocks of lower Broadway, you’ll find the sights and sounds that transformed the city from a trade center to a cultural hot spot. Victorian architecture shares turf with modern office towers. The streets are lined not with the usual chain stores, but with one-of-a-kind shops, down-home restaurants, fun saloons and more music clubs than you can shake a banjo at.

IT’S OPRY, NOT OPERA
Once you’re oriented, go pay your respects at two worthy shrines. The Country Music Hall of Fame & Museum is the sleek $37 million showcase of the genre’s past and present. Get a load of the Hee Haw cornfield, Minnie Pearl’s country dress and hat (complete with dangling $1.98 price tag) and crooner Webb Pierce’s hilariously customized 1962 Pontiac Bonneville, with horseshoe gas and brake pedals, and pistol door handles. Don’t miss the spectacular mural of classic country superstars by Thomas Hart Benton, who died of a heart attack in 1975 just before he could sign it. For a novel souvenir, check out nearby Hatch Show Print for $10 reproductions of vintage promotional posters for country legends like Bill Monroe and Uncle Dave Macon.

Then mosey over to the “Mother Church of Country Music,” Ryman Auditorium. Until 1974, the Ryman was the home of the Grand Ole Opry; now it’s a National Historic Landmark. The stage that introduced the world to Hank Williams, Patsy Cline and Merle Haggard now hosts the likes of Elvis Costello, Bruce Springsteen and Coldplay. The acoustics are reportedly better than Carnegie Hall’s and second only to the Mormon Tabernacle.

Nashville’s fabled Music Row is located along 16th and 17th Avenues South. This is where you’ll find RCA Studio B, built in 1957 and now the city’s oldest recording studio. Elvis Presley recorded about 250 songs here, including “Are You Lonesome Tonight?” Tours depart from the Country Music Hall of Fame.

HONKY-TONKIN’
At night, check out the honky-tonks that put country legends like Chet Atkins and Charlie Pride on the map. Willie Nelson started out at Tootsie’s Orchid Lounge, a narrow dive whose walls are covered with graffiti, yellowed publicity photos and old album covers. Robert’s Western World sells an array of cowboy boots, introduces real-deal country acts and serves up pork-chop sandwiches and $2.50 cans of Pabst Blue Ribbon. At 66,000 square feet, the Wildhorse Saloon is more like a wild arena, attracting top country acts and a rollicking crowd spread over three levels.

CULTURE CLUBS
If all that country air makes you feel the need for a whiff of highfalutin culture, just walk across the street from the Country Music Hall of Fame to visit the state-of-the-art Schermerhorn Symphony Center, home of the Nashville Symphony. Nearby, the city’s former main post office, a streamlined Art Deco landmark, has been transformed into the Frist Center for the Visual Arts.

’TIS THE SEASON
Holiday revelers should visit one of the South’s most elaborate antebellum homes, Belmont Mansion. Built in 1849, the 36-room Italian villa is transformed into a Victorian fantasyland throughout December, with elaborate displays of dried flowers, fruits and garlands. Midday and evening holiday cruises on the Cumberland River begin in mid November aboard the General Jackson Showboat, a paddle wheel riverboat that serves up plentiful meals and original stage shows.

HEARTY WAKE-UP
There are two no-brainers for breakfast—but only if you have a healthy appetite and a stomach for long lines. The ever-popular Loveless Café (8400 Highway 100; 615-646-9700) dishes out Southern favorites like ham, fresh biscuits and red-eye gravy. College kids and cowboys line up for a country mile to get a table at Pancake Pantry (1796 21st Ave. S.; 615-383-9333). A young Garth Brooks was once among the regulars devouring stacks of buckwheat flapjacks with warm maple syrup here. A few scrumptious bites should put enough fuel in your tank to get you back to the airport and all the way home. By then, your appetite for Nashville will have already returned. Big time.

All Resorts in Tennessee 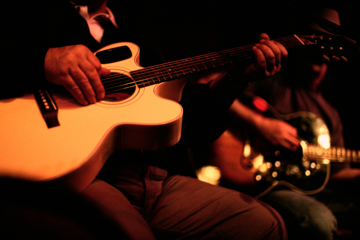 The Charms of Crossville