4 Tapas Restaurants With A Local Twist

Among the many legends purported to have birthed tapas, the most predominant describes 13th-century King Alfonso X of Castille, finding it far easier to consume small portions of food and drink while convalescing, ostensibly starting a trend.

Though a handful of classic tapas offerings are mainstays, tapas are generally considered more a style of eating and can be found in various iterations around the world.

In many U.S. cities, in fact, tapas restaurants go the extra mile by giving a nod to their region and injecting a local spin on traditional fare in the form of spices and ingredients.

If you want to experience tapas à la Boston, head to Toro. Chef Darrell Boles will serve you a popular Spanish tapa, croquetas de bacalao — fried cod fritters — but with a Boston twist. Massachusetts has no shortage of fresh cod off the coast, so Toro purchases straight from Mullaney’s Fish Market and salts the fish in house before preparing your croquetas. 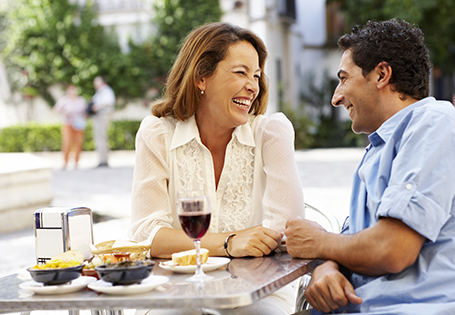 Established by Spain in 1608, Santa Fe is America’s oldest capital city, and its Spanish roots are unsurprisingly embedded in the food scene. La Boca has created a menu fusing Mexican, New Mexican, and Spanish sensibilities.

Barsa channels Charleston sensibility and pride in their champignons — local mushrooms, herbed goat cheese, and grilled ciabatta — which features oysters and shiitake mushrooms from the Trappist monks of Mepkin Abbey.

Giving a regional twist to crispy Brussels sprouts, Barsa adds a dash of Southern flavor in the form of onion marmalade and bacon. The chicken and chorizo paella exhibits a heavenly fusion of Southern and Spanish, presenting a Cajun jambalaya with chicken and sausage, but Spanish style. Seafood, including shrimp sautéed with fresh serrano peppers, garlic, and cilantro, is sourced from local vendors to weave an extra bit of Charleston into tapas.