Hit a vacation home run by root-root-rooting for the home in a one-of-a-kind baseball field, new or historic. And these 10 vacation destinations are the home of those ballparks — perfect for baseball fans who only want to sing, “take me out to the ballgame” while on a vacation. As you settle into your seats above a bright green baseball diamond, be on the lookout for the stadium’s distinctive features. Get a quick look-see on the official MLB Ballpark App or, better yet, take a tour.

At Fenway Park in Boston, seek out the 37-foot “Green Monster” tin and concrete wall, the hand-operated scoreboard, and a red right-field seat that’s a tribute to a record-breaking 1946 home run at America's Most Beloved Ballpark, the oldest active Major League Baseball stadium. Over 170,000 Boston Red Sox artifacts are housed beyond the 1912 facility’s red-brick entrance.

Walk through an Art Deco-style marquis to see the Chicago Clubs play at Wrigley Field in Chicago — often against gusty Lake Michigan winds, their runs recorded on a hand-turned scoreboard, their farthest balls flying toward ivy-covered brick outfield walls. Extra fans watch games at this 1914 jewel box-style inner-city ballpark from bleachers on nearby rooftops.

The Los Angeles Dodgers’ 1962 baseball-only ballpark, Dodger Stadium, has more seating than any other worldwide. New areas like a beer garden add zing, yet this one-time home of two perfect games charms with wavy tops over two pavilions, a symmetrical outfield and City of Angels views. Cooler air after dark changes the course of fly balls.

Near San Francisco, the Oakland A’s home base is 22 feet below sea level, and the Bay Area’s 1966 open-air multi-sport venue is known for being plain. Do the simple concrete design, and Major League Baseball’s largest foul territory, make RingCentral Coliseum expendable or endearing? We’ll say this: Visit now since it’s likely to be replaced soon. 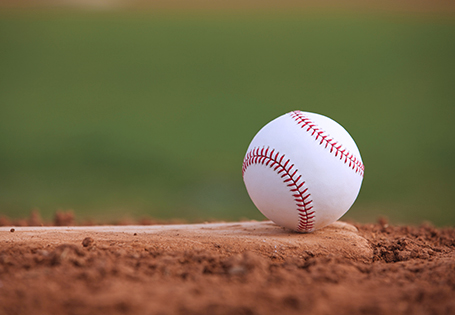 The only U.S. ballpark with an open-air yet retractable roof, the Seattle Mariners’ retro-modern 1999 stadium T-Mobile Park boasts a natural-grass field along with contemporary touches like a huge high-def screen, sushi snacks and all-gender restrooms. Modern art adorns the parking lot, notably a chandelier made of 1,000 translucent resin bats.

Red brick and limestone elements (Ebbets Field) and a pop-up Home Run Apple (Shea Stadium) recall Mets ballparks past, yet the 2019 Citi Field is state-of-the-art. Past a rotunda tribute to old-timer Jackie Robinson, the open-air venue has seating directly over the field, food by New York City restaurants and an interactive museum.

In San Diego, the environmentally friendly Petco Park wows with solar panels and charging stations for electric cars — and the 2004 venue looks contemporary with its sandstone exterior. The Padres play to city and park views while spectators snack on specialties from local restaurants. Look and listen for fireworks and a ship-whistle sound whenever a Padre hits a homer.

Baseball legend Babe Ruth’s father once owned a café, in his home, on the spot that is now center field of Oriole Park, a 1992 city-center baseball-only stadium for the Baltimore Orioles designed to look old-fashioned with brick arches and natural grass. The steel structure encompasses a Babe Ruth museum and the East Coast’s longest building.

Moderate temps and sunny skies bring major league teams to warm-weather destinations for spring training in February and March. That means baseball fans get to buy less-costly tickets to watch matches in more intimate stadiums during their vacation.

Both the Boston Red Sox (Hammond Stadium) and Minnesota Twins (JetBlue Park) train in the Fort Myers, Florida, area (about an hour and a half south of Sarasota), and a dozen other teams show up for showdowns.

Over in Phoenix, Arizona, the Chicago White Sox and Los Angeles Dodgers get their bats cracking at Camelback Ranch. They’re part of the so-called Cactus League, for which a total of 15 teams play 200+ games at a variety of area ballparks.