Discover Speakeasy Bars Across the U.S.

While the days of Prohibition are long over, the charm and intrigue of the era continues to captivate Americans today. This unique list of speakeasy bars in popular vacation destinations serves up the nostalgia of the Roaring 20s with a distinctly modern twist.

Few cities captured the pitfalls and the perils of Prohibition quite like Chicago. While mass advertising and conspicuous consumption captivated the American psyche during the 1920s, so too did the allure of illicit spirits. The Drifter boasts a rotating menu with more than 100 libations celebrating the spirit of the times. Located in the basement of the Green Door Tavern, each night is a wildly different experience with off-the-wall entertainment including hula dancers, contortionists, and tarot card readers. Moneygun is another sure-fire bet for straight forward cocktails in an elegant space.

Surrounded by citrus groves and cattle ranches, this once railway town served as an elusive watering hole for visitors during Prohibition. Today in Orlando, you can wet your whistle at Mathers Social Gathering. This stunning gem of a bar, with its brick exposed walls and marble counter tops, offers a chic retreat to the heyday of the Roaring 20s. Catch a live cabaret performance and ask the resident poet for a personalized poem. Just down the street is Hanson’s Shoe Repair. Situated on the third floor of what is generally considered to be the oldest building in Orlando still standing, the open-air roof top bar tweets out a daily password required to enter. 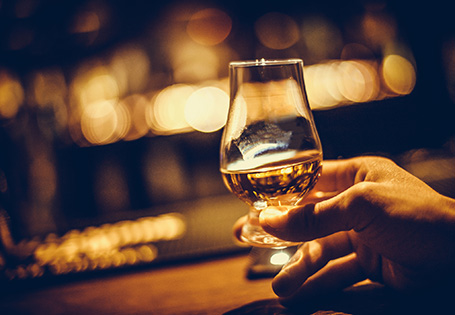 3. Speakeasies In The Poconos, Pennsylvania

Liquor flowed freely up and down the wooded Pocono Mountains region despite Prohibition. Tucked away among the foothills of Northeastern Pennsylvania, speakeasies sprang up across cities and towns. Madame Jenny’s at the Bittenbender is a living legacy of the era. Located in the historic Bittenbender Building in downtown Scranton, this posh bar relishes in its centuries-old past as a storied gathering place for illicit drinkers. Nearby Bethlehem is home to the Bookstore Speakeasy, an enchanting hide away for jazz lovers and cocktail connoisseurs.

Prohibition stretched far and wide across the United States during the 1920s and it was no exception in Santa Barbara. The coastal city west of Los Angeles entertained booze hounds and socialites in secret backroom bars all over town. The Imperial conjures up beachside nostalgia with vintage-inspired cocktails in a charming, tiki-themed setting. Discover the red-lit secret entrance to Lab Social Speakeasy. This upscale lounge features signature drinks with locally sourced ingredients, and the cheeseboard is the bee’s knees.

The Pacific Northwest is no stranger to Americana cocktail culture. The Emerald City plays host to many notable speakeasy-style bars and saloons, from the ultra-sophisticated to the downright mysterious. The Needle and Thread, with its inconspicuous outdoor signage and entrance, invites patrons to step back in time and experience the splendor of the Jazz Age. Percy’s and Co offers savory bites and handcrafted classics. The well-appointed bar, with its globe lighting and plush booths, sets the stage for a night of bootlegging and rabble rousing.