Away for the Day in the Dominican Republic

The Dominican Republic is the most popular vacation destination in the Caribbean, known for its spectacular white-sand beaches. Another defining characteristic is size: In a region of beautiful but tiny Gilligan’s islets, the D.R. is gigantic, second only to Cuba in area and population. And that means plenty of options for exploration. Here are 3 such diversions, each one perfect for an all-day outing, depending on where you’re based.

SANTO DOMINGO
The Dominican Republic’s buzzing beehive of a capital is the oldest city in the Americas, founded in 1496 by Bartholomew Columbus, brother of the famed Italian who discovered the D.R. and thus the Americas four years earlier. Santo Domingo is sprawling, with all the conveniences—and traffic—of a modern city. But its cultural heart, the Zona Colonial, is a warren of cobbled streets and 400-year-old stone buildings. It’s also home to the oldest cathedral in the Western hemisphere, the Cathedral of Santa Maria. (UNESCO has designated the area a World Heritage Site.) Activity centers on Parque Colón, which is bisected by the pedestrian-only Calle El Conde (aka El Conde), lined with shops, restaurants and bars—many in hidden courtyards behind nondescript stone façades. For lunch, stop at Mesón de Bari; it’s known for the crowd of after-work businessmen at the bar and its excellent stewed crab, doused in creole spices and served up with rice and plantains to tame the heat.

As you wander the old city, you’re likely to be besieged by affable men offering to guide you. The $25 charge for a half-day tour is a good investment, as it includes a free pass to most sites. Just ask to see their government badge before you sign on.

JARABACOA
Set in a central mountain valley at 1,700 feet, the town of Jarabacoa is sometimes called the adventure capital of the D.R., and for good reason: It’s within striking range of the 4 highest peaks in the Caribbean, including 10,417-foot Pico Duarte, the tallest of them all. Dominicans even refer to this rugged region as Los Alpes. From Santo Domingo, it’s an easy 1½-hour drive up the country’s biggest and best-maintained highway (DR-1); Santiago, with its own international airport and access to the north coast, is a little over an hour away.

The road that climbs up to Jarabacoa from Highway DR-1 passes through the home of Dominican arepas, or corn cakes. (It’s just outside La Vega, but you’ll know it by the tourism board signs that say “Zona Arepas.”) Women sell the snacks at roadside stands—$1 will buy you more than you can eat.

Outfitters in Jarabacoa offer trekking, canyoning, horseback riding and whitewater rafting on the Yaque del Norte, the only river in the Caribbean where such a thing is possible.

SAMANÁ
It’s easy to imagine that the Dominican Republic has always been a country of large, all-inclusive resorts. But to see it the way it used to be—endless stretches of white-sand beaches lined with swaying palms—make the trip to the northeast corner, where the Samaná Peninsula juts into the sea. In winter, pods of humpback whales convene in Samaná Bay to give birth, but the peninsula is just as alluring any other time of year. Prior to the new highway from Santo Domingo, christened just two years ago, Samaná was a 4-hour drive on bad roads from the capital. Now it only takes 2½ hours, and the drive from Puerto Plata is about the same.

The peninsula’s primary town is Las Terrenas, a French enclave of thatched beach bars and cabana hotels. Sadly, development is starting to move in here, but change has yet to reach the tiny town of Las Galeras, farther out on the peninsula, or Playa Cosón, an enormous horseshoe-shaped beach 15 minutes west of Las Terrenas. There you’ll find little more than solitude-seeking sunbathers and the occasional beach restaurant or bar. The best of these is Luis, named for its proprietor, a cheerful man who grills up whatever fish his guys have caught that morning. Just look for the word “Luis” on a faded wooden sign along a road that has few other landmarks. 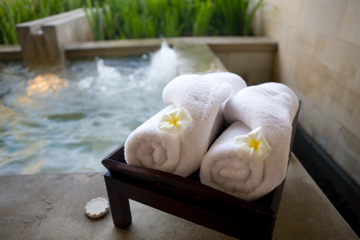 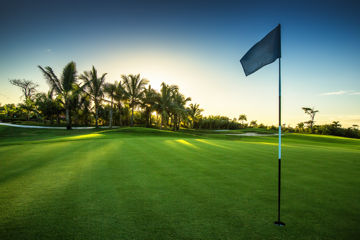 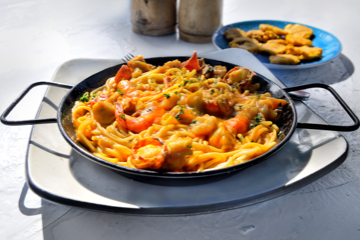