All that glitters is gold in this city of sunshine, sand, sea..... Read More

There's no sitting around on this Hawaiian island—too much.... Read More

The Master-of-Nets Garden
Suzhou, China Designed during the second Southern Song dynasty (1127–1279), this garden in southeast China is relatively tiny, at about an acre, but makes impressive use of space. Pavilions, music rooms, bamboo groves and more are harmoniously arranged. Check out the central garden, where an arched bridge less than a foot wide spans a pond, and piles of yellow stones resemble mountains. The inner garden, meanwhile, was the model for the Ming Hall Garden, at the Metropolitan Museum of Art, in New York City. szwsy.com

This elegant expanse in the heart of the city—laid out in 1629 by a feudal lord—is surprisingly quiet. Today, the garden is home to a grove of ginkgo trees, three ponds, crumbling ruins, the Tokujin-do temple and small rice fields. Plum and weeping cherry trees make the spring an especially lovely time to visit. tokyo-park.or.jp 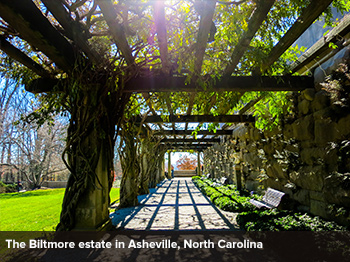 Colorado’s dry climate is on spectacular display at the Denver Botanic Gardens, which are split between three locations: the main, 24-acre York Street enclosure; the larger Chatfield meadow and historic homestead; and the Mount Goliath alpine-wildflower garden. Exhibitions change with the seasons, and the 5,258-square-foot Science Pyramid learning center is a recent addition. botanicgardens.org

This 8,000-acre estate is home to 6 formal gardens designed by Frederick Law Olmsted, who played a key role in creating Central Park, in New York City. They are arranged around the 250-room Biltmore House, built by George Vanderbilt in the late 1800s and the country’s largest house in continuous private ownership. Don’t miss the 4-acre Walled Garden, designed in a formal English style, where thousands of daffodils and tulips bloom in the spring. biltmore.com 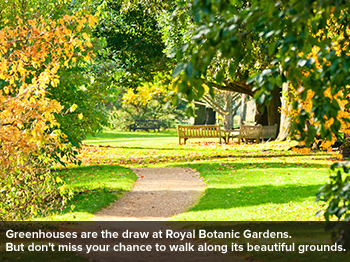 Brooklyn’s beloved 52-acre sanctuary recently debuted a Discovery Garden where kids can explore a meadow, a woodland and a marsh and experience a hands-on-gardening area. bbg.org

Brazilian beauties, such as orchids and bromeliads, dot the 345-acre enclave, around which its namesake neighborhood grew. Expect endangered species and giant waterlilies, and visit the 3 themed sections: the Cactário, the Japanese Garden and the Sensory Garden. Don’t miss the greenhouse, which contains insectivorous (called “carnivorous”) species, such as Venus fly traps. jbrj.gov.br 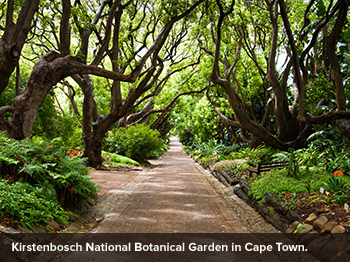 Greenhouses are the draw at this 326-acre oasis, which earned a spot on the UNESCO list of World Heritage sites thanks to its terrific collection; there are 2,000 varieties of plants, some specimens dating from the 18th century. Of the 6 conservatories, don’t miss the Palm House, which is filled with towering palms. In February and March consider a visit for the orchids alone. kew.org

Art lovers will delight in the legendary painter’s former home, spread over nearly 5 acres in Giverny. The garden is divided into two parts: The Clos Normand is like a living en plein air painting, complete with thousands of tulips, peonies and irises. At the Water Garden, meanwhile, a Japanese-style bridge stretches over a lily pond—a scene that inspired Monet’s gorgeous Nymphéas series. fondation-monet.com

Set on 90 acres along the eastern slopes of Table Mountain, the garden grows flowers from all over southern Africa, like the spiky king protea, and was the first in the world to be included within a Natural World Heritage site. Get panoramic mountain views as you walk along Kirstenbosch’s new, 426-foot-long steel-and-wood canopy walkway, inspired by a snake’s skeleton. Another highlight: the Colonel Bird’s Bath, in the Dell, a bird-shaped pool filled with crystal-clear water from a natural spring. sanbi.org